What makes Sanibel special – and 9 ways to experience it 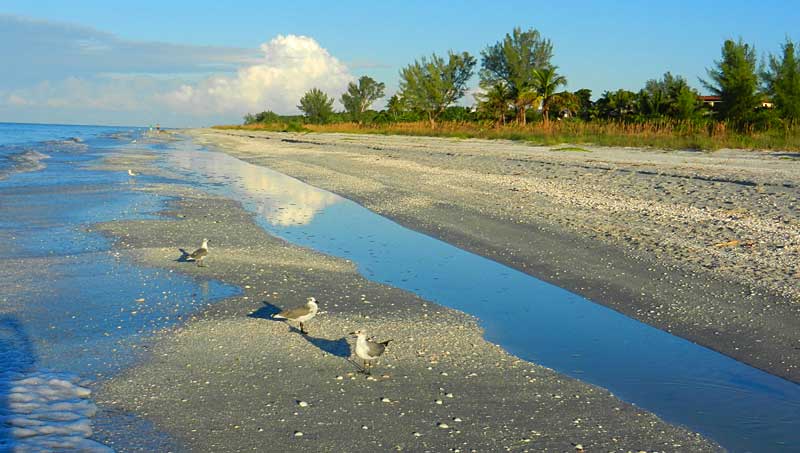 Things to do on Sanibel Island: Check out the most undeveloped beach on Bowman’s Beach. (Photo: Bonnie Gross)

Things to do on Sanibel Island

There are lots of beautiful beaches in Florida. Usually, I’ll stroll along the shore, soaking up the serenity and beauty and then I will come to that inevitable spot, where it ends.

“Oh, this is the part they wrecked,” I’ll think, as the high rises cast their shade on a beach or as the sand is studded with cigarette butts instead of seashells.

That doesn’t happen on Sanibel and Captiva.

You can walk until you drop and you never get to the part they spoiled.

Sanibel and Captiva are special spots. Half the islands’ land is preserved as wildlife refuges. As the rest of Florida fell under the thrall of developers in the 1970s, conservationists ruled in Sanibel. The only fast food restaurants are a Dairy Queen and a Subway, which were on the island before laws were enacted to bar fast food chains, and there are no highrises.

If you are planning a visit to Sanibel, once you choose lodging, you don’t have to do a lot of research on things to do in Sanibel. It’s an easy-to-enjoy resort island where the idea is NOT to do too much.

But to make the most of its magic, I suggest these nine things to do on Sanibel: 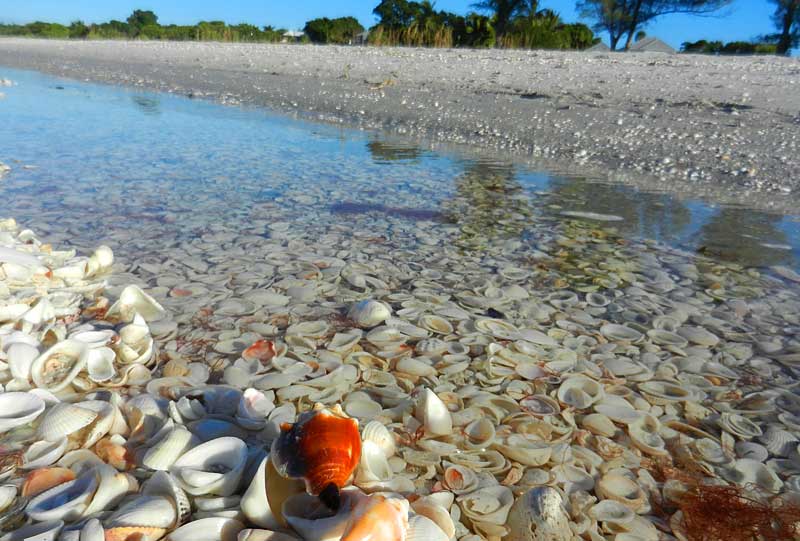 Things to do on Sanibel Island: Seashells are easy to collect. (Photo: Bonnie Gross) 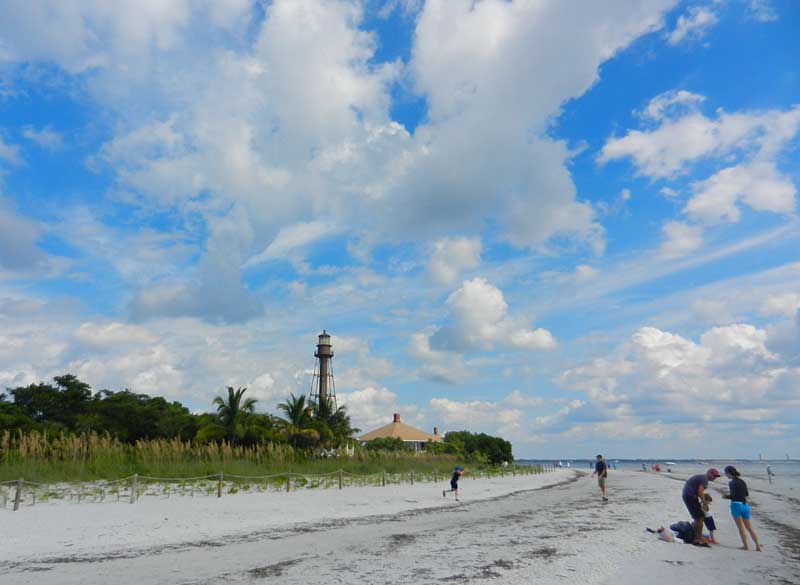 Things to do on Sanibel Island: The Sanibel lighthouse is a good reason to head to the eastern end of Sanibel, Florida. (Photo: Bonnie Gross) 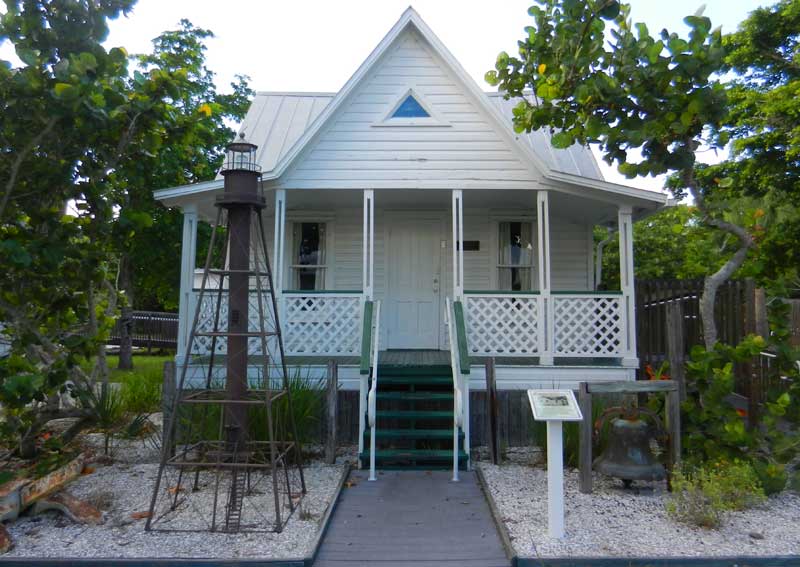 Things to do on Sanibel Island: The Sanibel Historic Village. (Photo: Bonnie Gross)

There are plenty of lovely beachfront places to stay on Sanibel, but accommodations are a bit expensive, even during the off season.

A few places not on the beach are moderately priced during winter season, and by that I mean $175 a night. If you’re not prepared to spend that much, consider staying on the Fort Myers side of the causeway and visiting Sanibel for the day. 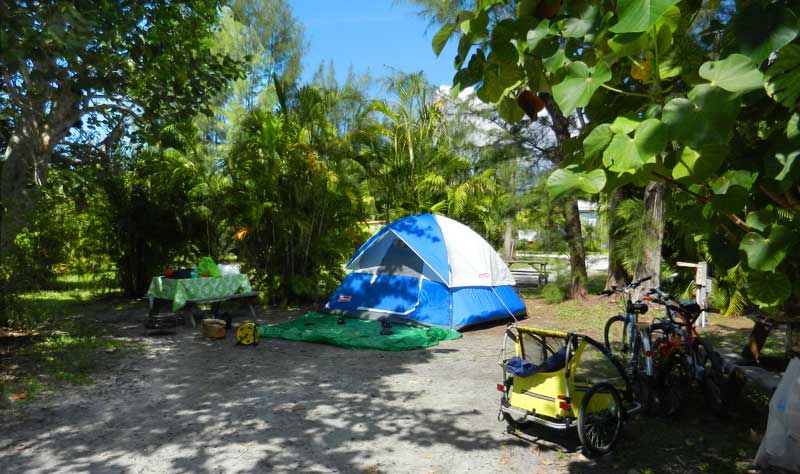 Sanibel has motels, hotels and condos, but we love the Old Florida feel of several complexes of old-fashioned beach cottages. (Places like these, once common in Florida, are getting rare.) They’re not cheap, but take a look at: Shalimar Cottages, Tropical Winds, Waterside Inn or Castaways if that appeals to you. (And be prepared for room rates upwards of $200 a night.)

Campers have only one choice, but it’s an attractive park with a good location, unusual amenities and a real Florida feel: Periwinkle Trailer Park, 1119 Periwinkle Way.

Your other option: I love to visit during the late spring, summer and early fall, when rates are lower.

A Florida Rambler reader, Mike Meyer, shared some beautiful scenes from Sanibel in this video: 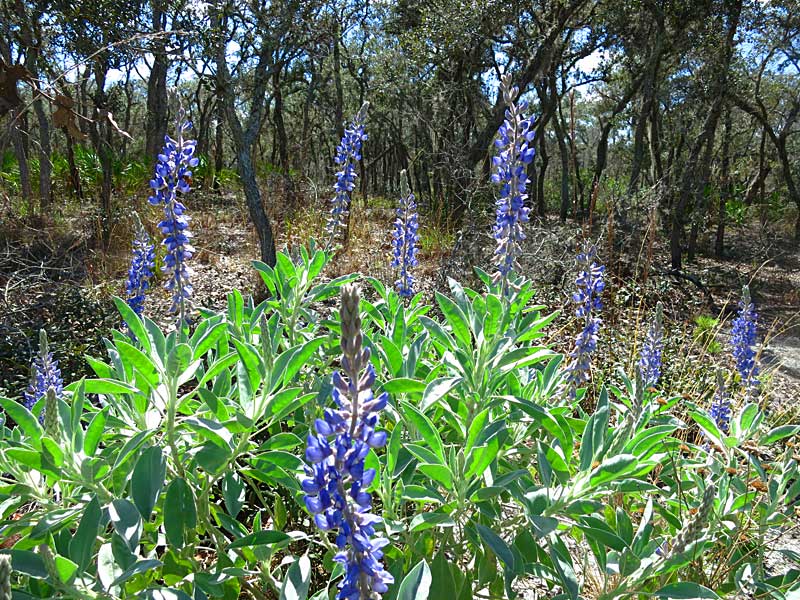 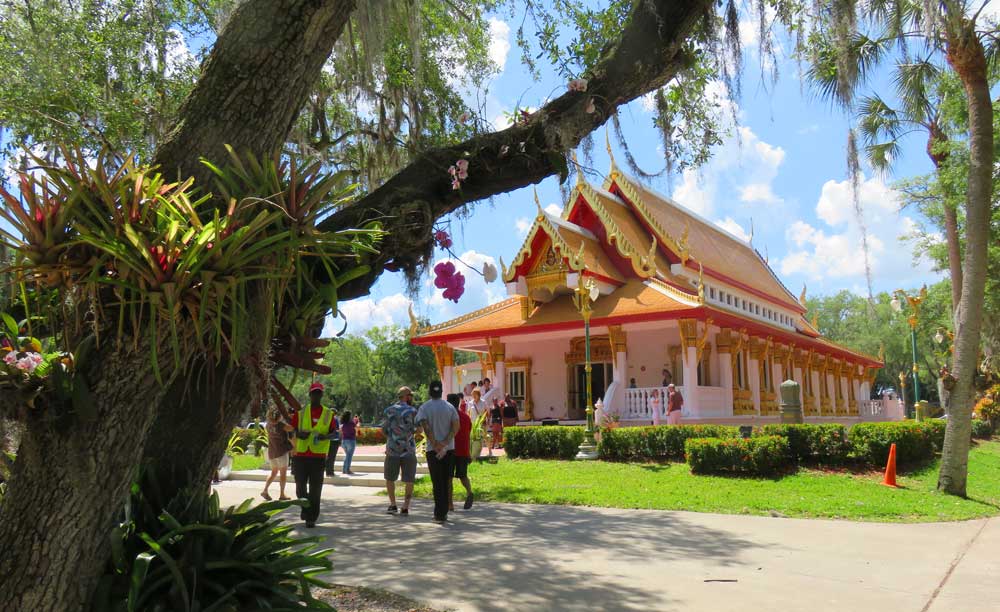 Don’t forget about seeing Sanibel from the water and chartering a local guide to take you fishing or sightseeing! There’s fish shacks, dolphin, bird islands, Indian mounds, etc. you can’t see from land.