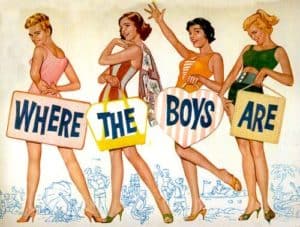 When I first arrived in Fort Lauderdale in the late ’70s, Spring Break was an event to behold.

Hundreds of thousands of college students would converge on Fort Lauderdale beach, blocking State Road A1A for a month of steady drinking and assorted debauchery inspired by the iconic ’60s movie “Where the Boys Are.”

Fort Lauderdale has grown impatient with the intemperance and improprieties of the past, but the kids still come in droves, albeit a more docile crowd than the glory years.

Florida’s Panhandle is still recovering from Hurricane Michael, and Panama City’s new laws restrict alcohol on the beach during March, has put a damper on the chaos.

But the death of Spring Break in Florida has been greatly exaggerated.

Where the boys and girls are…

Orlando tops the charts as the No. 1 Spring Break destination in Florida, and deservedly so. The closest beach, Cocoa Beach, is only an hour away, but the real attraction is the multiplex of theme parks, with Disney World and Universal Studios leading the charge. With hundreds of hotels and motels (an estimated 130,000 hotel rooms), accommodations are not hard to find, and almost every hotel has a pool where the guys and gals congregate when not riding Space Mountain.

Things to do near Orlando

Lake Louisa: Nature near Orlando with great hiking and cabins 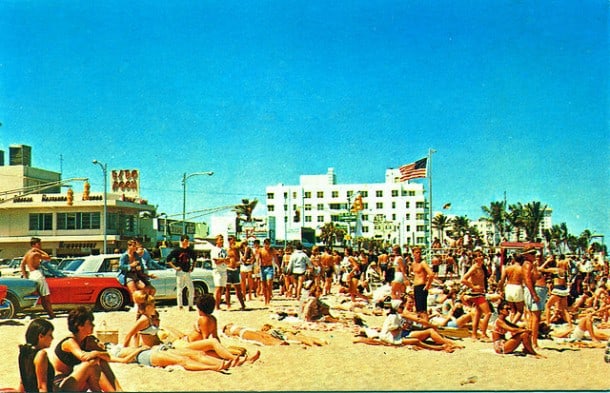 The kids are less rowdy today and more into tanning time, but isn’t that how it all started back in the ’50s?  The college kids who visit now are more likely to be crashing at grandma’s condo, rather than 10 to a room at a Holiday Inn. The weather and sunshine are the most predictably pleasant of anywhere in Florida, except possibly the Keys, and the Elbo Room remains a popular focal point of beach activity. While Lauderdale’s famous “Strip” can still hold its own, the current crowds are just as likely dispersed onto neighboring beaches in Lauderdale-By-The-Sea, Pompano Beach, Hollywood and Deerfield Beach. Since you’re not as wild as you used to be, check out these activities around South Florida.

Things to Do Near Fort Lauderdale

Topless tolerance and Art Deco panache have helped Miami Beach emerge as a premier Spring Break destination. Beachfront hotels and Lincoln Road’s outdoor cafes are the hot spots for hanging out. The SoBe crowd is well-heeled, so you’ll be stylin’ (and spendin’.)  Not a cheap night out but likely a night to remember. Still, there’s a lot more to Miami and the rest of South Florida than South Beach, so check out our other things to do in South Florida.

Things to Do Near Miami Beach

Take a ride through the Florida Keys

Storied road through Everglades is a wild one

The World’s Most Famous Beach has long been a popular Spring Break destination, and for good reason. This is a town that likes to party, kicking off the spring season with the Daytona 500, Bike Week in mid-March, with the celebrations continue well into April. It especially gets crazy near the newly renovated Main Street Pier and boardwalk. But beware: the weather can be tricky during spring, and it’s not always “beach” weather. If you want guaranteed beach weather, you’ll need to head further south. If you’re not into craziness, visit nearby Flagler Beach or New Smyrna Beach and pristine Canaveral National Seashore.

Things to Do Near Daytona Beach

When birds migrate, they perch on Merritt Island

Back to nature: 10 campgrounds near Daytona

5 Things to Do in Ocala National Forest

Spruce Creek paddle: A diamond in the rough

It stands to reason that consistently good weather on the Southwest Florida Gulf coast would draw a Spring Break crowd, and the room rates in Fort Myers Beach are seasonably reasonable. Nearby Sanibel Island adds to the area’s charm. Coed.com’s ranks this beach town as the No. 9 “trashiest destination” worldwide – “where the booze flows and the morals stay loose.”  If you can pull yourself away from the Lani Kai, escape the maddening crowds with a side trip to one of these nearby destinations.

Things to do near Fort Myers Beach

What happens in Key West stays in Key West, and there are plenty of distractions. Parties are a 24/7 event any time of year, and everything kicks up a notch when the college kids swarm down Duval Street, Key West’s beaches and bars. Mallory Square pops, as always, with its sunset freak show, and there are plenty of restaurants where you can impress that cute girl or guy from the University of Iowa. Nobody should visit the Keys without taking along our popular Florida Keys Mile-Marker Guide and checking out the fabulous Lower Keys along the way.

Things to Do in the Florida Keys

On a budget? Key West on the cheap isn’t easy, but here are tips

Cocoa Beach is the surfing capitol of Florida, and you can gear up to look like a surfer at the only 24-hour surf shop in Florida. There is plenty of action on these beaches and in the air around it. This is the space coast, after all, and with a little luck you might see a rocket launch from nearby Cape Canaveral. These are also the closest beaches to Disney World, Universal Studios and the multi-plex of theme parks in the Orlando suburbs. Cocoa is also a short hop to Orlando International Airport.

Things to Do Near Cocoa Beach

5 things to discover in Cocoa Beach

It’s back to earth for Space Coast tourism

When birds migrate, they perch on Merritt Island

Clearwater has long been a sleeper in this roll call, but the kids will tell you that it has always been popular, rivaling Daytona and Fort Lauderdale with its crowds and party action. While the main beach in Clearwater is the center of the action, smart Spring Breakers trickle off to some of the Gulf Coast’s prettier beaches on Honeymoon Island or Fort Desoto, and for a real treat, paddle a kayak out to Caladesi Island and camp, weather permitting.

Things to Do Near Clearwater

Tarpon Springs: She ain’t what she used to be, but still worth visiting

‘Girls Gone Wild’ has its roots Panama City, but its heyday as a premier Spring Break destination is history. The area was severely damaged by Hurricane Michael last fall and has yet to recover. Recently enacted local laws banning alcohol on the beach and other restrictions have also put a damper on Panama City’s allure. Personally, I would seek a destination further south, where spring weather is a bit more predictable. It can get downright chilly in the Panhandle. If you still plan to go here in 2019, call ahead lest your plans be dashed.

Things to Do Near Panama City:

Panhandle Safari: Exploring “the other” Florida, campground by campground

Camp, kayak and bike at one of America’s top beaches