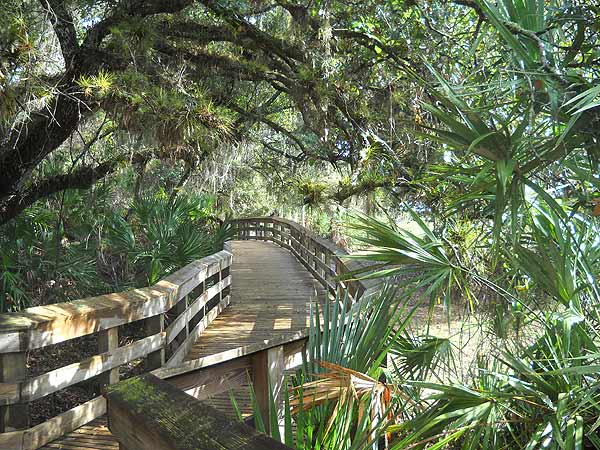 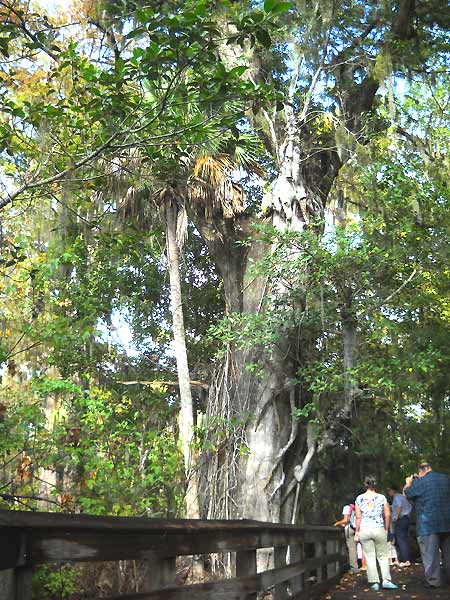 Note: As of December, 2018, FPL has not re-opened tours of Barley Barber Swamp for the season and there is no information on their plans. This story was written when tours were first offered in 2010.

For 1,000 years, this rare piece of old growth cypress forest has thrived in this wetland near Indiantown.

Its proximity to a power plant may have saved it from development, but in the years after 9-11, the location also meant it was carefully guarded behind locked gates for security reasons. Now you can see it.

Because the area adjoins a Florida Power and Light plant near Indiantown, you still can’t just stop by the Barley Barber Swamp and wander on your own. Visitors must reserve a spot on a free guided tour at least two days in advance and stay with the group as it slowly walks the 1.1 mile boardwalk.

The highlight of the walk are several huge and ancient cypress trees — among the largest in the United States — but the entire walk traverses a lovely landscape thick with ferns and draped with epiphytes. Along the way, you also see a mound built by ancient Indians. If you’re lucky (and we were) you may spot one of the bald eagles that nest on the FPL land.

The guided nature of the tour is both a strength and weakness.

The environmental educator guide can point out the delicate whisk fern growing in the giant cypress, and lots of other plants and animals along the way.

The downside: Less opportunity to experience the solitude of the swamp, plus you must proceed at the pace of the group. (If you want more time in a larger cypress swamp in South Florida, go to Corkscrew Swamp in Naples.)

To tour Barley Barber, you make reservations. You’ll be asked for photo identification and you must sign a waiver. From the inn, you board a bus and on the way to the swamp watch an orientation movie.

[Note: these tours are no longer offered and there is no update available.]

General public tours are conducted October to May on Friday, Saturday and Sunday and depart form the historical Seminole Inn promptly at 8:30 a.m. and 1:30 p.m. Reservations are required at least two days in advance.  (Group tours– for eight or more guests — are conducted Wednesday, Thursday at 9 a.m. The tour bus and the swamp boardwalk are fully ADA accessible. The tours are free, but a $10 per adult donation is requested. 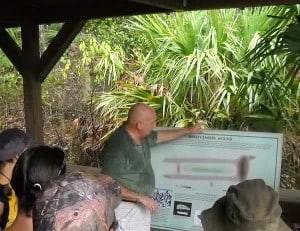 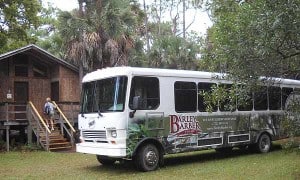 The tours are run by the Treasured Lands Foundation with funding from FPL. Executive Director Charles Barrowclough said interest in the swamp has been “overwhelming.”

Treasured Lands offers special events, such as twice monthly “Owl Prowls” during the full moon. The Owl Prowls are limited to 16 people and cost $20.

Who was Barley Barber? Barrowclough says little is known about him except that he was an early homesteader. The story goes that he disappeared after killing his half-Seminole logging partner over the Indian’s wife.  Love those Old Florida stories!