With their big eyes, tiny stature and lack of fear of man, the endangered Key deer has probably survived because it is so darn cute.

With only 600 to 800 remaining, visitors often want to know where to see Key deer.

Now there’s a new free nature center in Big Pine Key in the Key Deer National Wildlife Refuge. The nature center is equipped to answers visitor questions from what do they eat to where to see Key deer.

The visitor center for the Florida Keys National Wildlife Refuge Complex is located at the center of Big Pine Key at mile marker 30.5 on the Florida Keys Overseas Highway and is open Monday to Saturday.

We love Key deer but we’re killing them

Key deer catch our attention because of their mini size — you see people walking bigger dogs.

The Key deer, the smallest sub-species of the Virginia white tailed deer and found only in the Florida Keys, was on the verge of extinction. There were only a few dozen left in the 1960s before it was listed as an endangered species.

Their only enemy is man – their numbers were reduced by poaching and development that reduced their habitat.

Today, their big enemy is the car. While Big Pine Key enforces a reduced speed limit, cars killed 113 Key deer in nine months, according to a sign posted prominently at the Big Pine Key crossroads in February 2020.

Today the deer are spread over 22 islands of the Lower Keys, from Big Pine Key down to mile marker 15 and Sugarloaf Key and Saddlebunch Key, according to Kristie Killam, park ranger/visitor services at the Florida Keys National Wildlife Refuges.

In 2003 to 2004, wildlife workers moved about two dozen deer to Cudjoe and Sugarloaf Keys, where some deer were already living, in order to provide geographic diversity to make the Key deer species less vulnerable, Killam said.

The Key deer species is currently undergoing an every-five-year assessment as to whether it should continue on the endangered species list. A determination is expected in 2020, Killam said.

Where to see Key deer

You can see deer anywhere in Big Pine Key and adjoining No Name Key – in yards, along streets, in front of and behind businesses. But the real trick to seeing Key deer is not where to see them but when.Like all white tail deer, they are active at dawn and dusk, and it isn’t hard to spot them at those times.

Even at mid-day, we were lucky enough to see two Key deer munching leaves in the woods right off the path around the Blue Hole, an abandoned limestone quarry that falls within the Key Deer National Wildlife Refuge and is a pleasant place to visit.

The freshwater Blue Hole is sort of a green hole since Hurricane Irma. On our visit, a cooperative alligator floated directly below the viewing platform where a volunteer was answering questions.

Tips for where to see Key deer:

Most importantly, if you see Key deer, do not feed them. It’s illegal and it’s bad for their health. Key deer eat 150 native plants —  all healthier than potato chips. (Don’t pet or touch them either.)

When you encounter deer on the roadways, they often approach you “and try to mooch,” Ranger Killam said. It’s a bad sign that they’re used to being fed.

“Back in the woods, though, when you see them on their terms, they are different,” she added. In their natural environment, they are wary and wild.

Visiting the nature center for the Florida Keys wildlife refuges

The nature center, which replaces a storefront visitor center in Big Pine Key, opened in September 2019, and actually serves all four of the Florida Keys National Wildlife Refuges:

The visitor center focuses on the Key deer because it’s what Ranger Killam calls “the ambassador; the animal that gets you in the door; the species people are willing to stand up for.”

There’s a word for that — charismatic megafauna. People love Key deer (Killam says “they have those big eyeballs; they remind us of people”) but it’s harder to catch their interest when you talk about an endangered rat.

The visitor center draws you in because of the deer, Killam said, but the goal is to demonstrate that the Key deer  “are just one small piece of the puzzle, the whole web of life here.”

A few things I learned at the National Key Deer Refuge nature center: 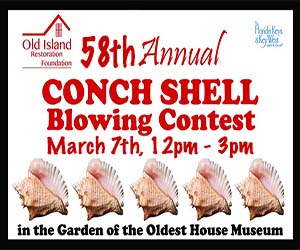