Craft beers are brewed at more than 300 Florida breweries. Most are small mom-and-pop operations born in a garage as a hobby, growing into new digs, storefronts, warehouses and industrial parks.

Most are locally owned and feature local themes and local history in their decor and naming their brews. These folks take pride in their work, and it shows.

Welcome to the new neighborhood tavern, where everybody knows your name.

Our listings are organized by region and listed by city. Unroll the Table of Contents to find your way. Bookmark this page for future reference. We update it every few days.

Help us keep this listing up to date and accurate. Tell us about your brewery visit and favorite brew in comments below. Better yet, send us an email (with photos if you have them) to FloridaRambler. Pub owners: We charge nothing to be included in these listings. It’s a reader service.

Castle Church Brewing Community, 6820 Hoffner Ave., Orlando. Beer and religion. Connected to the Lutheran Church with services in the biergarten on Sunday.

Florida Keys Brewing Company, 200 Morada Way, Islamorada. Brewery and taproom decorated with thousands of bottle caps from breweries all over North America and Europe, as well as artwork from local artists who wanted to add their touch. Try: Weed Line Wheat (5.1% ABV)

Reve Brewing, 1237 Mayport Rd., Atlantic Beach, FL 32233. Very good local brewery. They have been around a few years and specialize in an ever-changing menu of IPAs, sours and stouts. (Hat tip to Van Schrock, who enjoys their double IPAs and stouts.)

World’s Most Famous Brewery, 816 Main Street, Daytona Beach, FL 32118 (co-located Beachside with the Pallet Pub). Find them on Untappd or Facebook. A nano-brewery just getting started and worth a visit if you’re in Daytona Beach. (Hat tip to Mark Chase)

Azalea City Brewing Company, 120 South 7th Street, downtown Palatka (old Coca-Cola bottling plant). Stop in when biking the Palatka-to-St. Augustine or Palatka-to-Lake Butler trails, kayaking or fishing on the Ocklawaha River or Dunns Creek, or hiking in Etoniah Creek State Forest or Ravine Gardens State Park. Try the Hot Blonde Ale (with mango and local datil peppers) and the Palatka Haze IPA. (Hat tip to Andrea Conover, who tells us plans for event space and restaurant are in the works.)

Swamp Head Brewery, 3650 SW 42 Ave, Gainesville. A brewery that touts itself as being ˜Inherently Floridian”, Swamp Head Brewery takes pride in its beer and also its sustainable brewing practices. Many of the spent grains used in the brewing process end up nearby at the University of Florida for cattle feed. Closed Mondays. Tues-Thurs, 3-9 pm; Fri-Sat, 12-10 pm; Sunday 12-7 pm. Try: Stump Knocker Pale Ale or Wild Night Honey Cream Ale

3rd Planet Brewing, 120 Partin Drive North, Niceville. Small but growing brewery and taproom owned by two military veterans with a passion for craft beer. Everything on tap is either a signature 3rd Planet or sourced from other local breweries. “Small space, big taste.” Try: Choctaw-hoppee IPA (7.2%)

Gary’s Brewery and Biergarten, 3403 Gulf Beach Highway, Pensacola. Cozy microbrewery and taproom offering 18 taps with beer and ciders brewed on premise and from around the world.

For knowledgeable reviews of craft beers around Florida, check out the Florida Beer Blog

3 Sons Brewing Company, 236 North Federal Highway, Dania Beach. Nomad brewers with a brewery, but no taproom — yet. Plans in the works for a biergarten. Meantime, find their brews at the Brass Tap in Naples and Ft Lauderdale and at special events.

Inlet Brewing Company in Jupiter. (No retail location, no tours.) Flagship brew is Monk in the Trunk organic amber ale.

Mash Monkeys Brewing Co., 920 US Highway 1, Sebastian. Two of their signature beers include a light Belgian Pale. They also have a Kosch, hard lemonade, IPA’s with a twist. No kitchen, so bring food or order from a pizzeria in the same complex. Try: Mommy’s Happy Juice (Hat tip to Lee Spitzkoff)

Peace River Beer Company, 1732 Steadley Ave, Punta Gorda,. Nice selection of their own micros along with some from their sister brewery, Bury Me Brewing in Ft Myers. Flights and Growlers. No food, so they have food trucks most nights. Try: #5 West Coast IPA (6.8% ABV) or NUGGZ IPA (6.5% ABV). (Bob Ackerman)

Often seen as the incubator for Florida’s craft brewers, the Tampa Bay area has a rich history of unique craft beers and imaginative tap rooms dating back before (and during) Prohibition, more than a hundred years ago. Today’s craft brewers are keeping alive the area’s rich traditions of turning out great beers.

Pinellas Ale Works, 1962 First Ave. S., St. Petersburg. Doggy-themed micro-brewery takes its mission seriously. The peanut butter stout is a favorite. Top of the menu is a beer called “Harold’s” (5% ABV), billed as a St. Pete-style lager, a testament to the city’s growing reputation as a beer-centric destination. All of PAW’s brews are available in 32-, 64- and 128-ounce growlers. Pets welcome inside or out in a shaded biergarten. Try: Milk Bone stout

St. Petersburg Brewing Company, 544 1st Ave N, St. Petersburg, FL 33701. Phone: (727) 623-4837. Lighter wheat beers and ales are the attraction at this unpretentious brew pub, where dogs enjoy hanging out inside or out, kids play Connect-Four at picnic tables on the sidewalk, and there’s free popcorn from an old-fashioned popper in the back. Open Mon-Fri, 1 pm- 10pm; Sat., Noon-10pm; Sun, Noon-9 pm. (Hat tip to Ed Heiland and Vicki McCash)

Mastry’s Brewery, 7701 Blind Pass Road, St. Pete Beach. Old-world beers with a decidedly St. Pete Beach style. From using noble hops from Germany to choosing the finest floor-malted Maris Otter malts or searching out a yeast strain from the Czech Republic, Mastry’s takes you on tour of the world, all from a tasting room on the beach. It’s a vacation in a glass. Try: Day Trip Belgian Tripel (8.7% ABV)

Cigar City Brewing, 3924 W. Spruce St, Tampa. If you know one Florida craft brewer, it’s probably Cigar City Brewing and its wildly popular brews like Jai Alai IPA and Florida Cracker Belgian-style White Ale. Cigar City is also known for Hunahpu’s Day, a huge beer festival attended by beer aficionados from around the country. Visit the taproom in Tampa and you might just see someone hand-rolling cigars in the corner. Try: BeerAdvocate ranks Hunahpu Imperial Stout (11% ABV) as the best brew in Florida and No. 5 nationwide.

Please help keep this listing up to date. Tell us about your brewery visit and your favorite brew in comments below. Better yet, send us an email with photos to FloridaRambler. We’ll credit you with whatever we use.

Most of the craft breweries in this guide offer tours of their own breweries, but there are also independently operated bus tours of multiple breweries that include all-inclusive tastings and tours.

Leave the driving to them. For details, click on the links.

This listing was independently developed by the writers and readers of FloridaRambler.com for the benefit of readers of FloridaRambler.com without commercial influence. Nobody pays to be listed. We love craft beers and the artisans who brew them. A few of the references we used for the core listings include Visit Florida, Thrillest, Atlantic Current, Florida Beer Blog, Google Search, Only in your State, and readers like you. 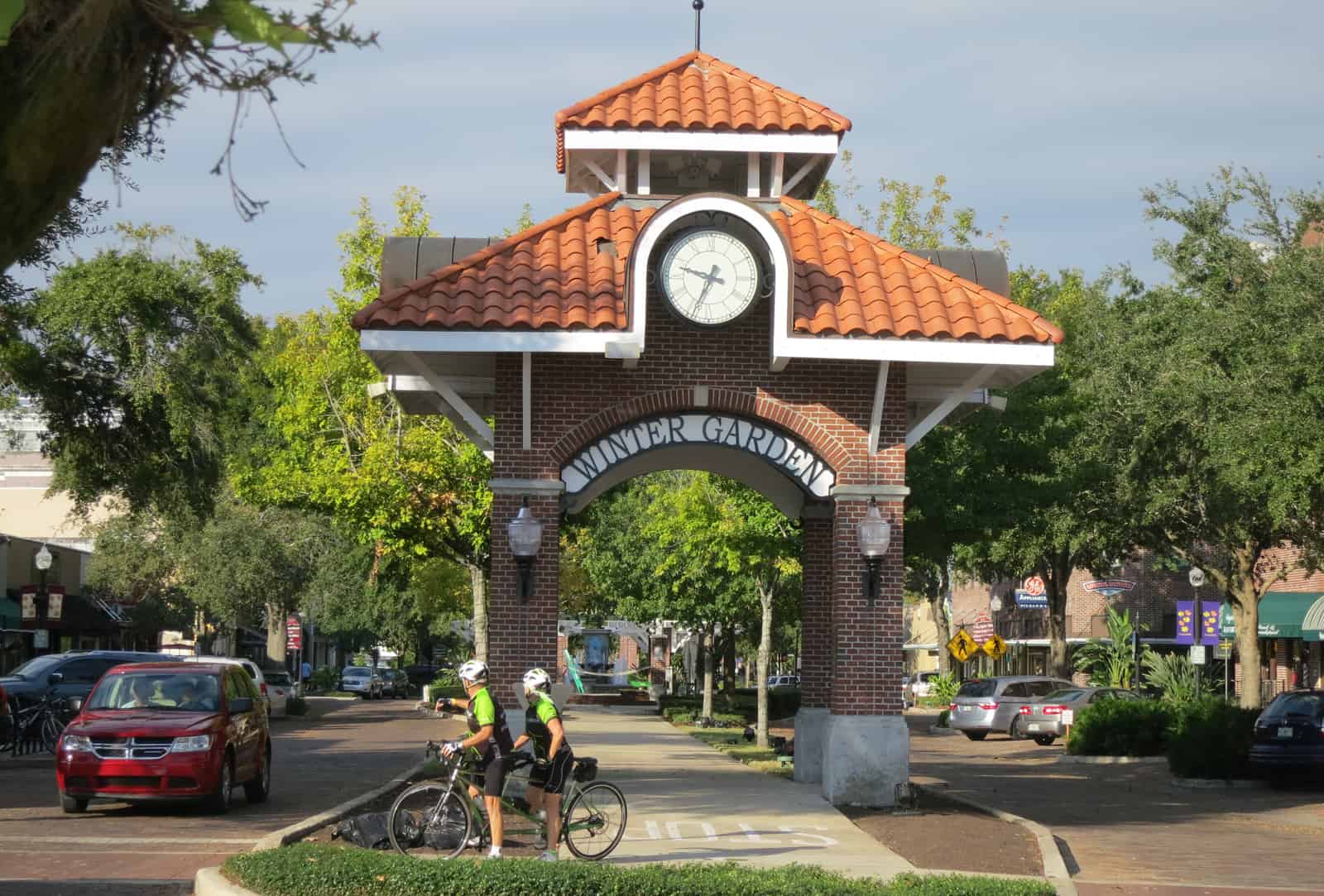 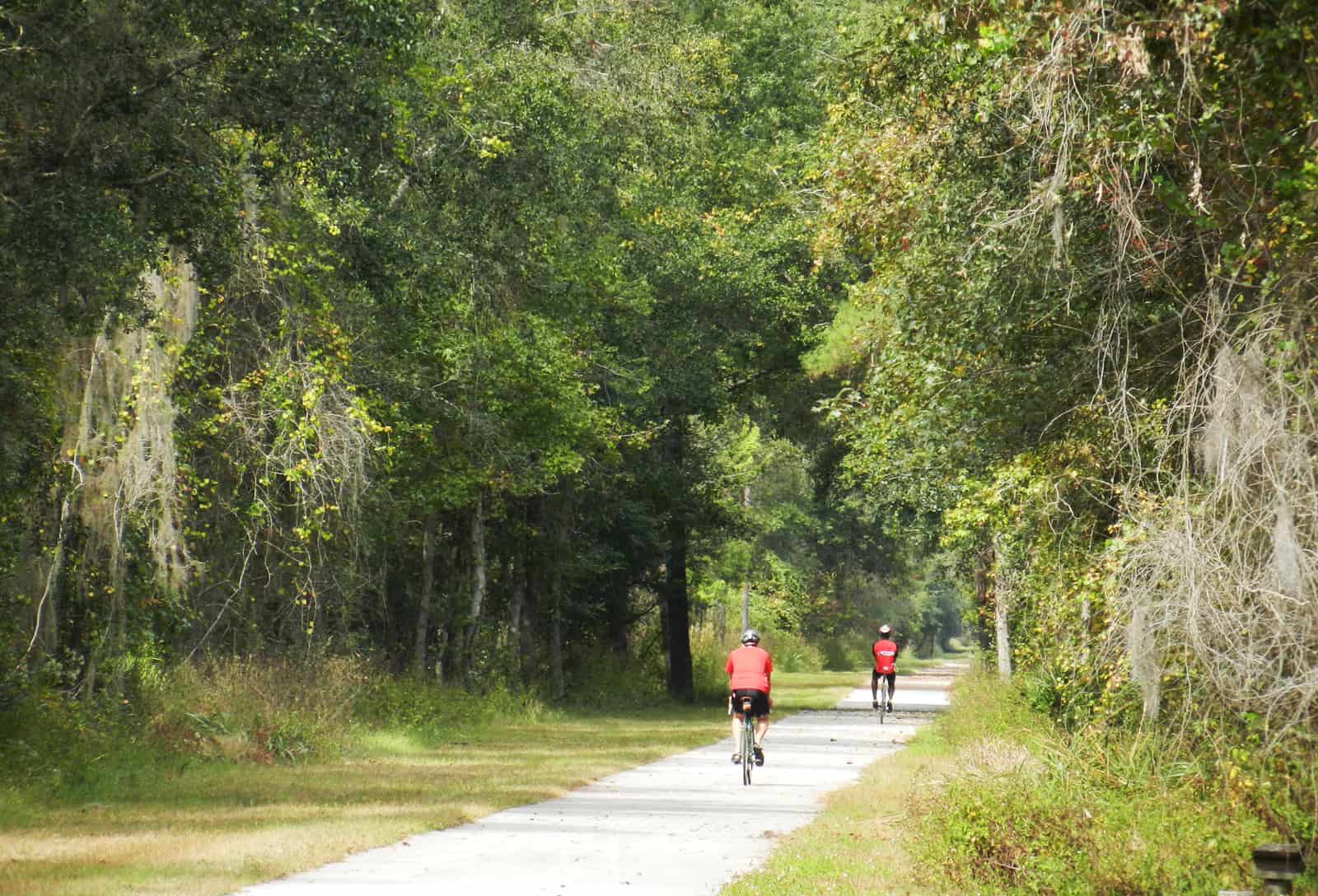 Next
Gainesville-Hawthorne: One of state’s best bike trails

Awesome list- need to get busy! Missed a new one in my neighborhood. Lost City Brewing, North Miami. Opened during Covid, hung in there and going strong. https://www.lostcitybrewing.com/

Great list! Just for you to update; Inner Compass in Sanford has closed. I believe they relocated to Bradenton. Also, there is a wonderful brewery in Pensacola- Odd Colony 260 N Palafox St, Pensacola, FL 32502. In St. Pete I don't see Green Bench or St. Pete brewing

Thank you so much, Ed! I'm banging my head against my desk over Green Bench and St. Pete, especially since we have written about both in this story: https://www.floridarambler.com/craft-beer/st-pete-central-ave-brewpub-tour/. Appreciate the heads up, as well as the addition of Odd Colony. Fixes have been made. :-)

This is quite the undertaking - but if kept up to date, it will be super helpful! FYI in Daytona Beach: Daytona Beach Brewing has closed. Red Pig Brewery (https://www.theredpigbrewery.com/home) 101 2nd Street, Unit 401 Holly Hill, FL 32117 Red Pig recently started having food trucks on site. Watch for new releases - they have the most "adventurous" beers.

Worlds Most Famous Brewery 816 Main Street, Daytona Beach, FL 32118 (co-located with the Pallet Pub) Find them on Untappd or Facebook. A nano-brewery just getting started. They are worth a visit if you're in downtown Daytona Beach or at the actual beach!

Thanks for the updates, Mark! I'll make the changes now. We love craft beer and the artisans who brew it. These are mostly family-run businesses, and this list is dear to my heart. Your contribution is very much appreciated. :-)

Amazing list!! Thank you! I think we could lose ourselves in Florida just driving around in our small motor home and tasting a new brew each day!!