The Florida Keys are set to re-open on June 1. Read more.

The grandest of adventures are born on isolated islands.

From pirate gold to giant apes, the mystery of what might be found on a speck of land peeking up through a vast sea has captivated imaginations for millennia.

On a few of the Florida Keys, some of these tales are actually true.

With more than 1,700 islands, it is not surprising that today’s Keys have ample abandoned history to explore. Humans may have called them home since at least the height of Greek civilization, some 3,600 years ago.

Spanish explorer and conquistador Ponce de León became the first European to lay eyes on them in 1513. Soon after, legions of ships departing the New World would catch the trade winds along the Florida Straits.

Pirates stalked Spanish treasure fleets, British warships pursued illegal slave ships, and wreckers waited for all of their misfortunes along the shallow reefs.

Two famous abandonments steal most of the headlines, so we’ll get the need to mention those out of the way now: Civil War-era Fort Jefferson, which lies 70 miles west of Key West, is the largest masonry structure in the Americas. It is contained in one of the least-visited national parks, Dry Tortugas.

With pristine reefs and unusual birds, it is an excellent place to spend the day, or even camp for a few.

The ever-iconic Pigeon Key, an aerial shot of which graces nearly every tourist brochure, is an historic railroad work camp along the Seven Mile Bridge. Original wooden buildings dot the 5-acre island, which can be reached by ferry.

Then, there are the lesser-known ruins of the Keys. A few have remarkable stories.

For the rest, the tales of those who once roamed these tiny swaths of land are lost to time, the faint traces of their existence serving as silent sentinels to speculation and imagination.

Here are five of our favorites, not necessarily in any particular order. 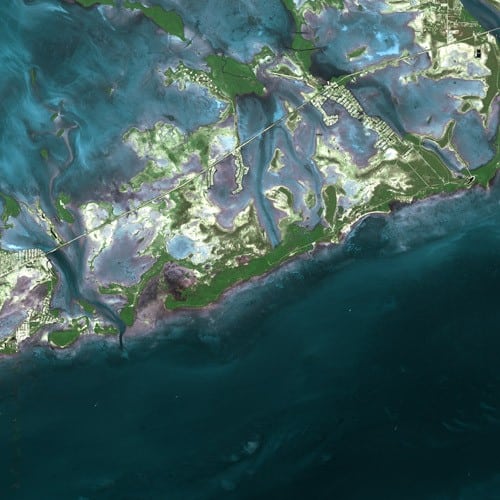 Houses cover part of Upper Sugarloaf, but in the wilderness beyond, hidden amongst the trees and bogs, lie numerous Indian mounds, remnants of an ancient civilization.

These rocky piles, which are typically 2 to 4 feet tall, were most likely built by the Caloosa aboriginals. The mounds may have been ceremonial, though little is actually known about them.

A much larger kitchen midden, or ancient trash pile filled with shells and other discarded artifacts, once existed on the east coast of the island, but in typical development style it was bulldozed over to create Indian Mound Estates.

Unfortunately, the area around the Sugarloaf mounds is now closed to the public, but mounds exist elsewhere throughout the Keys, most still undiscovered.

On a hike, look for a raised and rocky-dirt beds or ridges.

In 1973 the world’s largest producer of laboratory animals set up shop in the Lower Keys.

Boaters who happened upon Lois and Raccoon Keys (a.k.a. Monkey Island) were treated to a real-life Island of Doctor Moreau, complete with eerie monkey calls and simian silhouettes roaming the shoreline.

For a quarter century Charles River Laboratories cashed in on thousands of the little guys, valued up to $4,500 a piece, which they sold to researchers studying AIDS, Alzheimer’s and other diseases.

A judge ordered a monkey business shutdown in 1998, after they decimated the islands’ protected mangroves and contaminated the surrounding waters with poo. (As for reports of “Monkey Fishing?” No, that’s not a thing.)

Today the monkeys are gone and the mangroves recovering.

Both keys are difficult to access, thanks to very shallow water and no clear entry points.

Supposedly, all structures have been dismantled. Surely some signs remain, but we have not yet had the pleasure of exploring this ourselves. 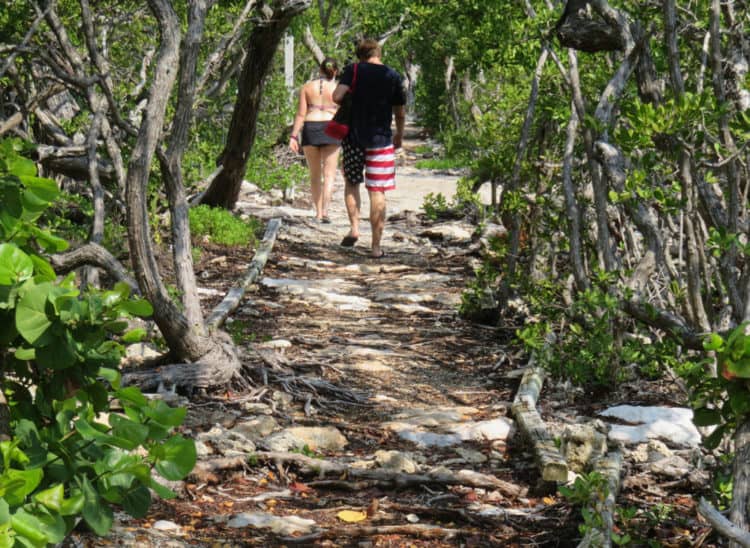 One of the first Keys inhabited by white settlers, Indian Key was an outpost for a handful of fishermen and turtlers, until 1930 when it became the base of wrecker Jacob Housman’s mini-empire.

The 11-acre island had a population large enough to support two general stores, a hotel, warehouses, a bowling alley, a 38-man militia and all of the labor needed to run his lucrative shipwreck salvage.

But his reign was short-lived.

In 1840, Seminoles launched and early-morning attack, killing many of the residents and burning down the town.

Today, it is a state park, with trails, swimming and an observation tower. The old town’s remains are largely un-excavated. It is an easy kayak from U.S. 1, and nearby Robbie’s Marina rents boats.

Here’s a FloridaRambler.com guide to kayaking to Indian Key. 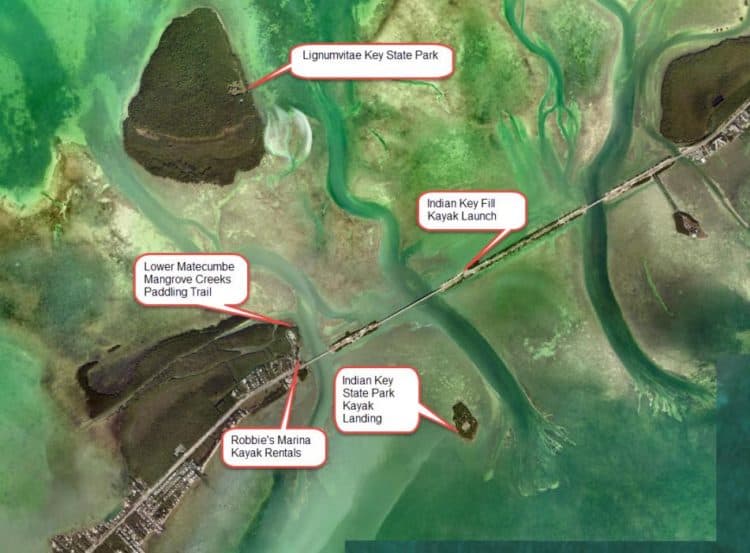 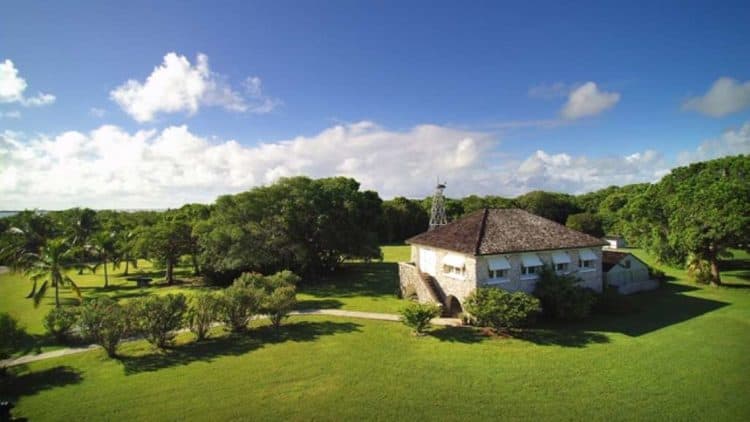 Caretaker’s house on Lignumvitae Key is open for tours. Photo/VisitFlorida

Angora goats and Galapagos tortoises once roamed here, imported by the Matheson family along with exotic plants. Their 1919 caretaker’s house is restored for tours.

Before them, wrecker Jacob Housman had built a residence, of which small ruins remain, and after them a man ran a small watermelon and pineapple farm.

It’s one of the highest Keys, more than 16 feet in elevation, covered in virgin tropical hardwood hammock and graced by hiking paths.

The state park is just a few miles Gulfside of Indian Key.

Boat rentals and seasonal tours launch from nearby Robbie’s Marina. 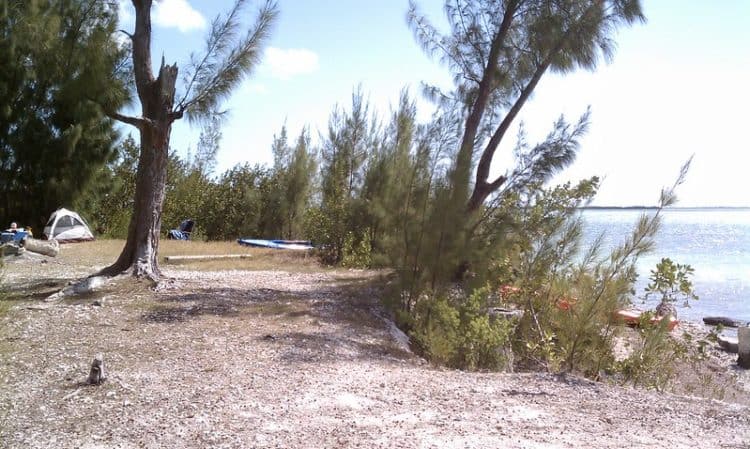 In the ‘60s, a man had a dream of growing shrimp in paradise.

He dug two canals on the Tarpon Belly Keys, and tried his best for a few years. His shrimp legacy never made if far, but the rubble he left behind has made Tarpon Belly a legendary hangout ever since.

Remnants of the operation, including an old truck, are found tucked away around the island.

Though the island is still privately owned, locals often come here to picnic, snorkel, and even camp overnight.

The islands are a few miles north of Cudjoe, and the closest marinas are Cudjoe Gardens and Sugarloaf.

This guest post was written by Karuna Eberl and Steve Alberts, who live on Cudjoe Key in the Lower Keys, and bring a local’s perspective to their entertaining book “Key West & the Lower Keys Travel Guide.”  (It’s a terrific book for anyone who loves the Keys, as Karuna and Steve clearly do.)

Other articles written for FloridaRambler.com by Karuna Eberl and Steve Alberts 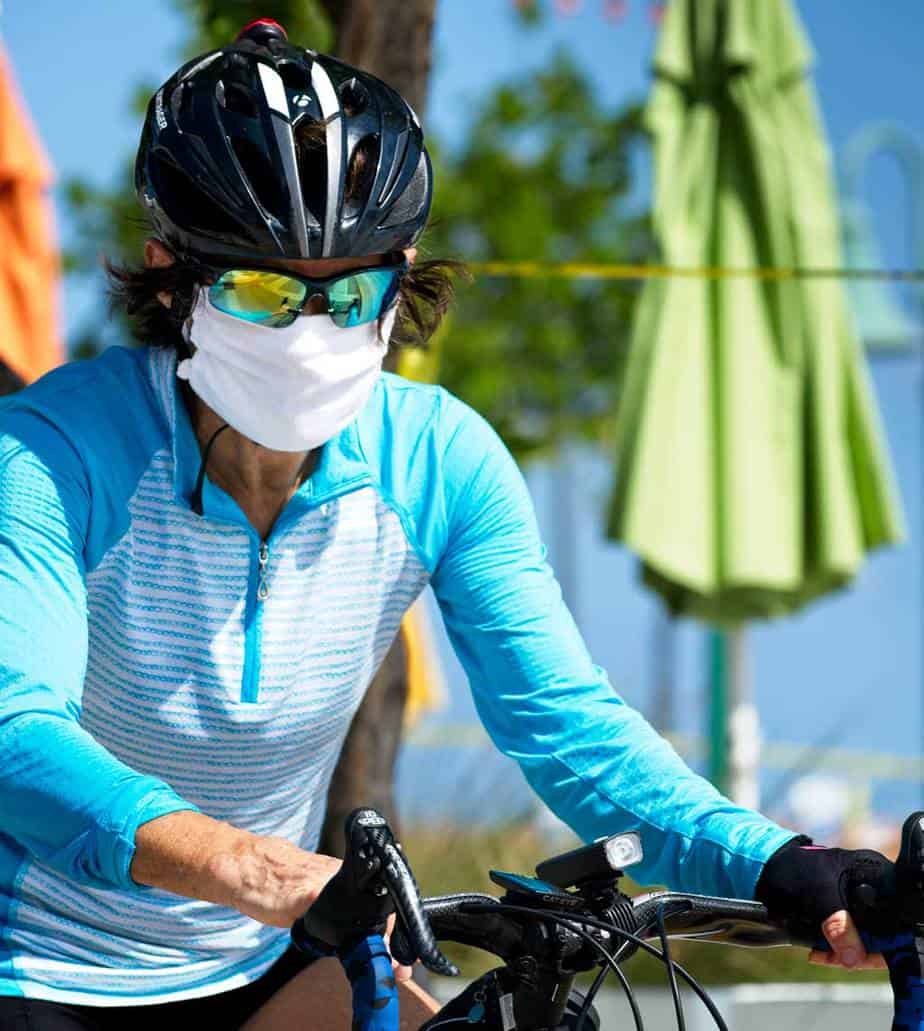 Previous
Protect yourself and others 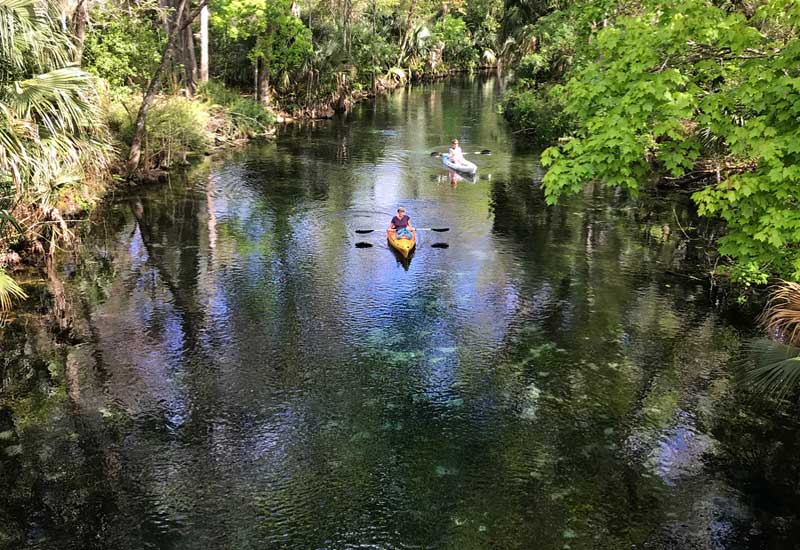 Great read n I have no destination in life til I read this thank you!!!!