Where people will disagree, however, is whether it’s worth the $16 round-trip ferry ticket when, to reach the ferry, you first have to pay an $8 entry fee to Honeymoon Island State Park, itself home to a great beach. (There’s lots of griping on TripAdvisor and Yelp about pricey Caladesi Island.)

My answer: Don’t take the ferry. Kayak to Caladesi Island State Park, and you can experience not only the spectacular beach, but also the plentiful wildlife along the way.

That’s what we did on a sunny May morning, and I can’t decide what we liked better: Kayaking with dolphins nearby, magnificent frigate birds overhead and roseate spoonbills in the mangroves, or walking and swimming on the three miles of Caladesi Island State Park beach with soft, white sand, many shells and clear turquoise water.

We arrived at Caladesi Island without our own kayak, so we rented one from Sail Honeymoon.  (See rates below.)  Located on the south side of the causeway to Honeymoon Island, they rent sailboards and stand up paddleboards as well as a single and double kayaks.

You can paddle to the northern tip of Caladesi Island in 20 minutes from here, so you can have a great experience with a two-hour rental. But to reach the central area of Caladesi Island, spend time on the beach and/or paddle on the three-mile mangrove trail within the island, you’ll need at least four hours.

The northern tip of Caladesi Island, where Honeymoon Island is just across Hurricane Pass, is a magical spot, with white sand, shallow tide pools full of tiny fish and natural vegetation that is off-limits in spring when shorebirds nest here.

We saw mating horseshoe crabs in the shallow water, a ray, hermit crabs and live shells all within a few feet of each other. In the water, so many mullets jumped together that we suspected they were training for a circus act.

As we paddled along the mangroves in St. Joseph Sound, we saw many birds, including my favorites, four roseate spoonbills.  Coming from Fort Lauderdale, we think ospreys are special. We saw so many of them on Caladesi and Honeymoon islands that after an hour or two, we barely mentioned them.

About a mile south of the Caldadesi Island’s tip you reach the entrance to the marina and concession area, a shady area with a snack bar, changing rooms, showers, a playground and picnic tables. A short walk through the woods leads you to the beach, which extends in glorious wildness for miles, lined with sea oats, dune sunflower and beach morning glories.

Dr. Beach, Dr. Stephen Leatherman, a coastal ecologist who studies and rates beaches each year, praises “the white beach composed of crystalline quartz sand which is soft and cushy at the water’s edge, inviting you to take a cip in the sparkling clear water.”

There’s a three-mile trail south through virgin pine flatwoods. You can take it through the woods  one way and then cut over to the beach for your return.  (Watch for Eastern diamondback rattlesnakes and gopher tortoises.) There is also a three-mile kayak trail through the mangroves.

We spent four hours paddling and exploring and ended up wishing we’d rented our kayak for the whole day.

Places this delightful, even in Florida, are rare.

Bringing your own kayaks. The causeway that leads to Honeymoon Island has beaches with parking on both sides. We parked near Sail Honeymoon — parking is free! This is a good place to put in your kayak and there is also a restroom here. Kayakers should be aware of boat traffic as they cross Hurricane Pass.

There are plenty of other kayak trails in the area. Here’s a map of Pinellas County paddling trails.

Taking the ferry to Caladesi Island State Park: Caladesi Island Ferry, (727) 734-1501, departs from Honeymoon Island beginning at 10 a.m. Trips run every half hour February to September and hourly the rest of the year. To make sure everyone doesn’t try to take the last boat back, your return ticket is for four hours after you arrive.  Print out a $1 off coupon here. Despite some grousing about price, many visitors love the ferry trip, which is scenic and often includes seeing dolphin.

Walking to Caladesi: This is a LONG way. If you just want to walk for a miles on a beautiful beach, another alternative to the ferry is exploring Caladesi Island by walking north on Clearwater Beach. While Caladesi was once a separate island, a few years ago sand deposits connected it to Clearwater Beach. There’s no public parking at the north end of Clearwater Beach, however, so you’ll need to either arrive by bicycle and lock up at a northern beach-access point or walk several miles on the beach. (If you start at Clearwater Beach Pier 60, it’s about three miles.) You cannot access the interior of the island from here.

Camping at Caladesi Island State Park is limited to boat camping  at the 108-slip marina equipped with water and electric for overnight boat stays. To access by boat from Marker 14 on the Dunedin Causeway Channel, which runs parallel to the causeway between Hurricane Pass and the Intracoastal Waterway, follow a compass heading of 212 degrees for approximately one mile. Follow the channel markers into the Caladesi Island State Park marina. Reservations can be made by calling 1-800-326-3521 or first-come, first served in the marina. Fees are $24 per night, plus tax, or $1 per foot, plus tax, at the marina.

Location: Caladesi is an island reachable only by boat. There is no access by car.

NOTE: Check this official site for the status of red tide in the region. 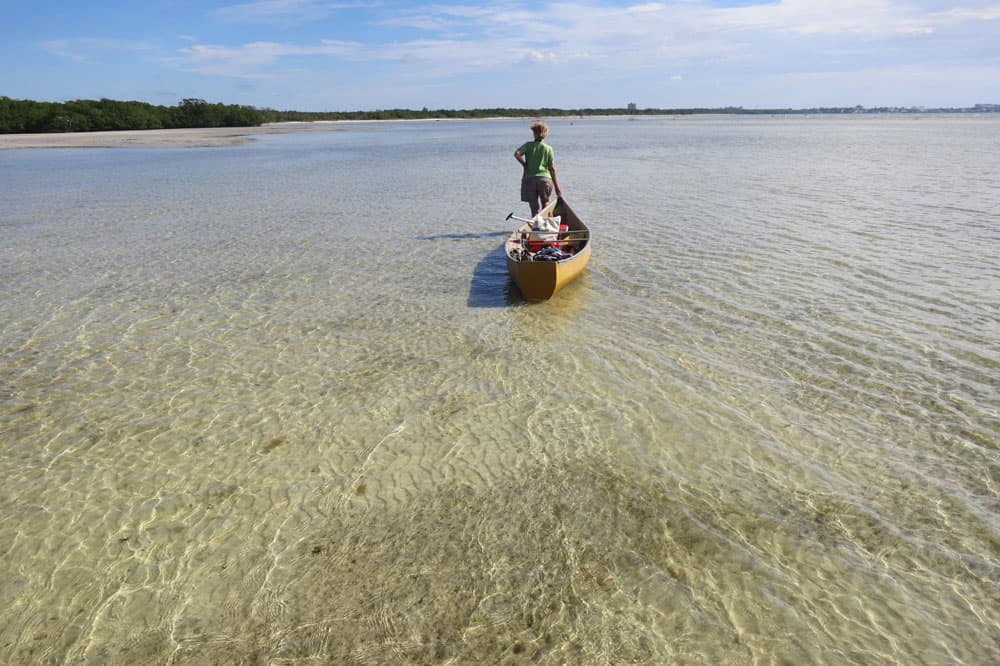 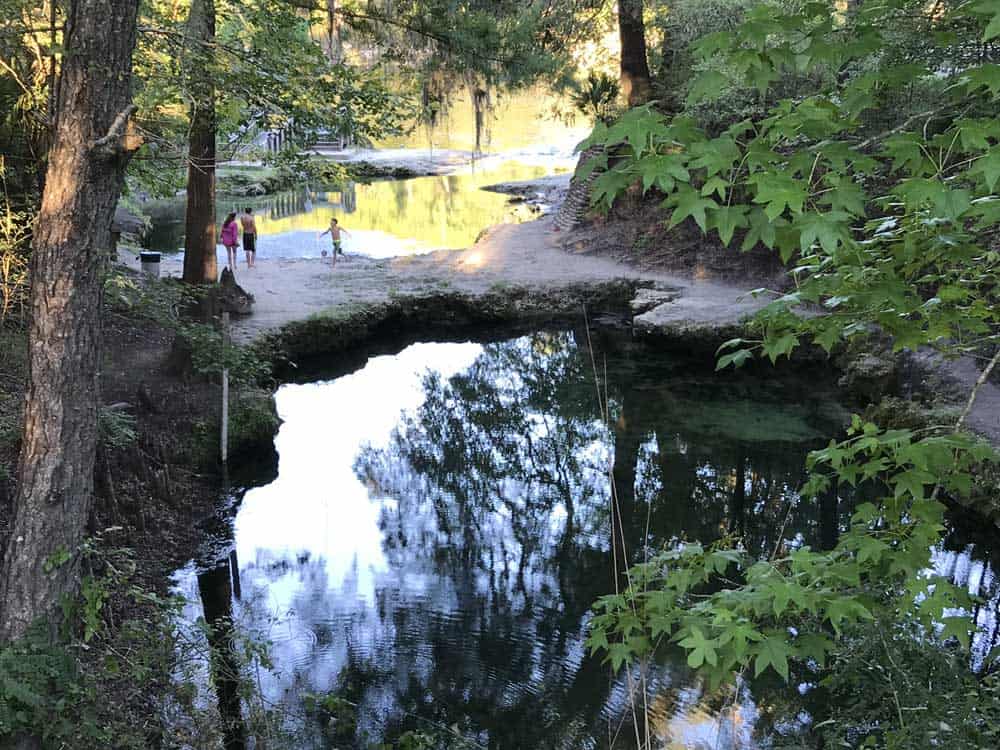 Thanks. The park's website lists 108 boat slips. But I see in the website for reserving campsites that only about 40 slips are listed as available to be reserved.

Another note, it is only possible to walk to the southern edge of the park from Clearwater Beach. There are no trails through the mangrove anywhere on that edge. Unless you just want to walk for several hours up and down the beach - which is very beautiful - don't try to walk to Caladesi Island from Clearwater.

Caladesi​ Island – Me and My Beaches

[…] for kayakers, if you only reach the tip coming from the Dunedin area, and not go further down, you’re not […]

A word of advice to other ramblers: As of Memorial Day 2017 the kayak pier inside the marina is in disrepair and closed to kayaks. This effectively means you cannot dock anywhere south of the Honeymoon/Caladesi channel as its all mangrove for a solid two miles each way. Also keep in mind that's 2 miles of potentially strong tides, wind and wakes. You can still explore the mangroves in there however. Just don't expect to get out of your boat for a few hours if you set out south of the channel to explore the island.