Toto, I have a feeling we’re not in Florida any more! 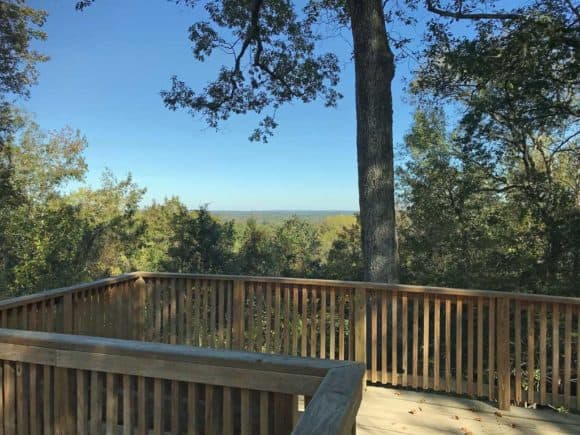 Looking down into the deep ravine behind my campsite at Florida’s Torreya State Park, I feel like I’m in another place and time.

The ravine drops sharply from the high bluff upon which this rustic campground is perched, and 16 miles of trails beckon you to explore its wildly variant and scenic terrain that tumbles roughly down to the meandering but powerful Apalachicola River.

This can’t be Florida. But is it the Garden of Eden?

Whether it’s the real Garden of Eden is another question altogether.

If you were to follow the teachings of the late Rev. Elvy E. Callaway, a Baptist preacher who wrote a book about it called “In The Beginning.” Unfortunately, it’s out of print, but you can pick up where he left off with the entertaining “Weird Florida” by Charlie Carlson ($10.50 on Amazon).

Anyway, as legend would have it, the Reverend Callaway not only identified these bluffs along the Apalachicola River as The Garden of Eden, but he also suggests there is evidence aplenty that Noah built his ark here. I’m no religious scholar, but that seems like a big leap to me. 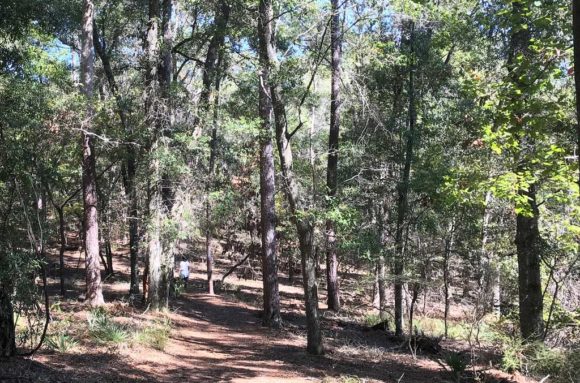 At the root of this evidence is the famed Torreya tree, an extremely rare conifer species that grows nowhere else in the world and is remarkably similar to the gopherwood trees used to build the ark.

Needless to say, although the Torreya tree remains, all other evidence got wiped out by the flood, and the Garden of Eden became one and the same as so many other Florida tourism myths, such as our Fountain of Youth, of which there are many.

Still, reminders of the Callaway era remain in this scenic wilderness near Torreya State Park. Callaway and his followers built some fabulous trails that are still being hiked today. Much of the land that harbors these trails, including the 3.75-mile Garden of Eden Trail, is maintained under the supervision of The Nature Conservancy.

A few miles away, Torreya State Park sits on high bluffs overlooking the Apalachicola River. The surrounding hardwood forest make it a destination for fall color, and nature trails will take you deep into the forest or along the river bluffs as high as 150 feet above river level.

Within the park’s boundaries are 16 miles of challenging hiking trails and several miles of park roads where you can ride your bicycle. 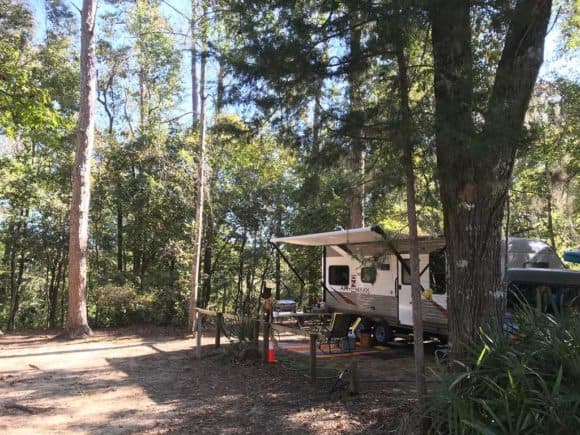 The park’s 29 campsites are well-suited for both tents and recreation vehicles, and there’s a cool yurt available for nightly rentals of $40. Full facility campsites are $16 a night, plus tax and a $6.70 reservation fee. There are three primitive tent sites along trails for $5 per person. A single cabin that sleeps up to 6 is available for $50 per night.

It was fun just to walk around the campground and peer out over the bluff into the ravines that surround it. I swear it reminded me of hiking in North Georgia.

For the most part, the campsites are spacious and well-shaded. Sites 3-11 are narrower and close together, although the ravine behind them is spectacular. Site 17 is open to the overlook deck that has spectacular views of the river. Sites 25-29 are the most spacious. partial sun, partial shade

Pets are welcome in the campground, and the maximum RV length is 60 feet. 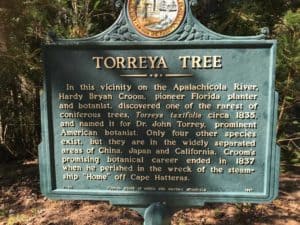 The big take-down about this park are the snakes. Rangers did warn us about abundant cottonmouth, rattlesnakes and copperheads. We saw none, but took the warnings to heed.

Snakes are present everywhere in Florida, but they won’t bother you unless you bother them, which is true of most wildlife. Though rarely seen, snakes are a fact of life.

Still, don’t want to downplay the importance of keeping your eyes open, keep a close eye on wandering kids and pets and by all means avoid clusters of rocks where snakes hide along trails, and dress properly for hiking: High shoes with socks, long pants tucked into the socks, etc.

Be aware also of the Florida black bear. They roam freely in wilderness areas of Florida, and Torreya State Park is in the middle of a wilderness area that stretches a hundred miles in many directions. 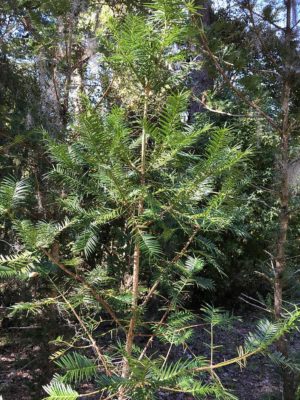 We saw raccoons, deer and an army of squirrels, and the park notes that beaver, bobcats, gray fox and the Barbours turtle are common.

More than 100 species of birds have been identified in the park, and it is part of the Great Florida Birding Trail, a network of more than 500 premier wildlife viewing sites across the state.

The most productive birding spots are the areas of the trail around Stone Bridge, down by the river northwest of the historic Gregory House, and on the trails to Rock Bluff Primitive Campground.

As in much of extreme north Florida, watch for northern birds like Winter Wren, Golden-crowned Kinglet and Brown Creeper in winter. Brown-headed Nuthatch and Bachman’s Sparrow occur in the sandhills, and the high canopies along the river can be good for Yellow-throated Vireo in spring. 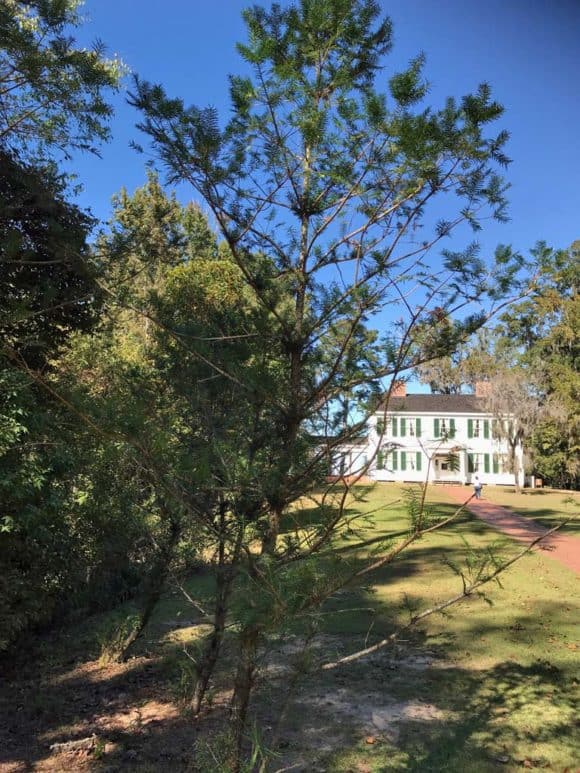 Torreya tree with Gregory Mansion in the background.

Torreya State Park is one of Florida’s first state parks, developed in the 1930s by the Depression-era Civilian Conservation Corps. One of the CCC’s tasks was to move a 19th Century plantation house piece by piece across the Apalachicola River to its current home on the bluff above the river. The 3,000 square-foot home was built in the 1840s and occupied by the Jason Gregory family.

Right out in front of the Gregory House, you are greeted by the rare Torreya tree, and the view from the home’s rear patio is nothing short of spectacular.

Other historical perks include six Confederate gun pits along Battery or Neal’s Bluff, and an antebellum cotton warehouse at Rock Bluff Landing. Confederate troops bivouacked on these strategic bluffs for two years during the Civil War.

Day-use admission to the park is $3 per vehicle.

Not much. Gas up and make sure you have all the food you need before you get here.

The nearest town of any consequence is Bristol, population 845, about 14 miles away, where you would have to go if you wanted to launch a kayak in the river. There is no boat launch in Torreya State Park.

Bristol is also the closest town to buy groceries, and the only market is Harvey’s.