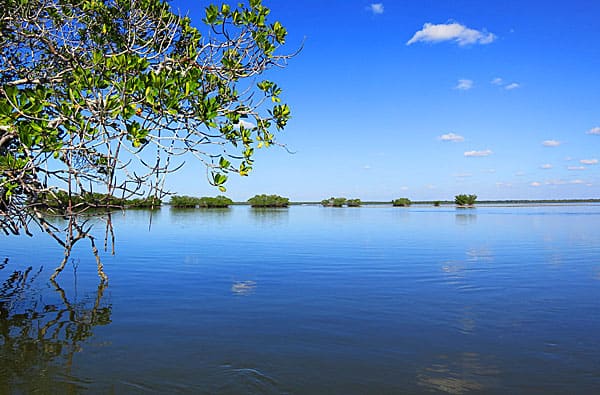 Explore one of Ten Thousand Islands on this easy adventure

Ten Thousand Islands National Wildlife Refuge is one of the wildest areas in Florida, and that’s one reason it beckons to us.

The mangrove islands scattered off the Gulf coast in Southwest Florida are full of brilliant color —  intensely green foliage, vivid blue sky – and abundant wildlife, from the flocks of birds to the manatees, dolphins and all sorts of fish in the water. 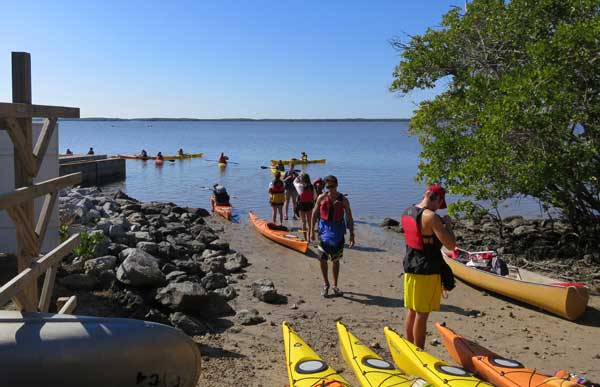 Kayaking Ten Thousand Islands is one of the best ways to see this vast wilderness. The kayak trail to Sandfly Island is the perfect introduction that even those with moderate kayak experience can tackle and enjoy.

The Sandfly Loop kayak trail has some great things going for it: 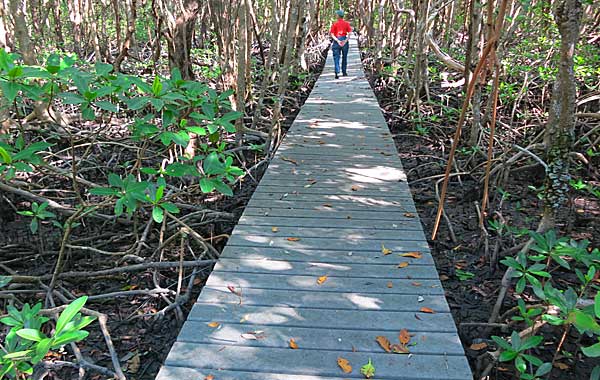 The trail starts at the kayak and canoe launch at the Gulf Coast Visitor Center of Everglades National Park. (Due to Hurricane Irma in 2018, this center is closed and the kayak rental concession is across the street. )

On the sunny December Saturday we paddled this trail, we had perfect conditions – no wind, no clouds, temperature in the low 70s.

A group of 20 kayaks launched in front of us, and I was concerned we’d contend with them on the trail. They headed southeast, however, and, except for one canoe and two or three power boats, we had the whole route to ourselves, including Sandfly Island itself. Solitude is one of the precious experiences of the Ten Thousand Islands.

When planning this trip, there are two things you must do: Check the tide tables in advance and get the trail map at the ranger station before you start.

The tides are important because the launch area gets very shallow and muddy at low tide and the changing tide generates a considerable current in narrow passes in Ten Thousand Islands.

The ideal time to leave is a few hours before low tide, so you kayak out with the falling tide and then return when the rising tide helps carry you back to Everglades City. 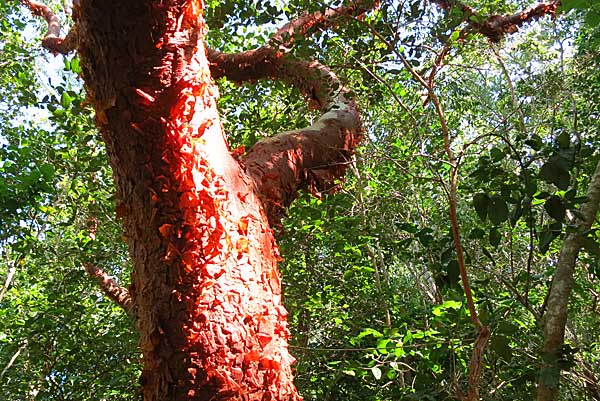 The trail starts with a 1.5 mile kayak across the open water of Chokoloskee Bay. You’ll see the channel markers nearby within which power boats stay. As you enter the islands, you’ll pass one with a sandy beach; that was the only beach we came across on our route. (There are beaches on several of the outer rim of islands reachable on more ambitious or overnight outings.)

While the Ten Thousand Islands can all look confusingly similar, it is easy to spot Sandfly Island – the portapotty on the dock is visible the whole way! 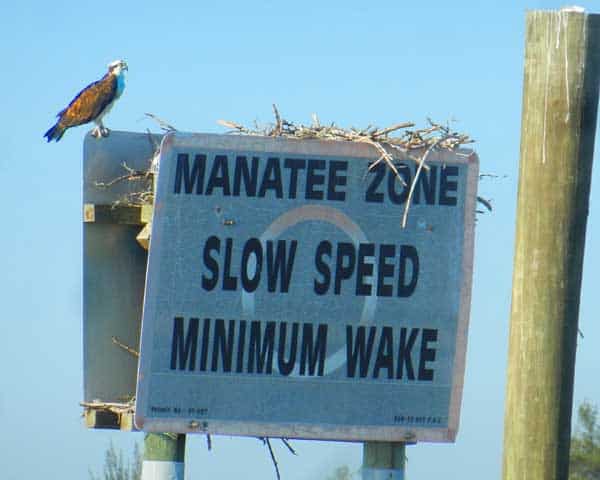 Nearly every manatee-zone sign has an osprey nest inside at the Ten Thousand Islands National Wildlife Refuge. (Photo: David Blasco)

The island itself is covered with tropical hardwood hammock vegetation. If you like gumbo limbo trees with their peeling red bark, you’ll love Sandfly Key; it’s full of beautiful specimens.

The most fascinating thing about Sandfly Key is its human history. The Calusa Indians created the high ground with shell mounds built over many years. In the 1870s, white pioneers began inhabiting Sandfly. The Bogess family lived here in the 1920s, farming tomatoes and contending with what had to be the misery of thick mosquitos, clouds of no-see-ums (also known as sandflies), summer heat and dripping humidity.

We can see traces of the Bogess homestead; there are foundations, a cistern, a tamarind tree and papaya trees that they probably introduced.

At one point, a bubbling puddle is marked with a sign indicating that fresh water wells up here at the site of a well that the Collier Corporation dug – 384 feet deep – in 1922. Today, the slightly salty water is still popular with birds who have few sources of fresh water in the area.

The return paddle takes you through and around various neighboring islands. The route is not marked, but the map is very accurate and it’s not hard to follow. (Taking a wrong turn and ending up in a dead end is also part of the Ten Thousand Island experience.)

A guidebook I own suggested an alternative route that circles Sandfly Island. We didn’t take it but the ranger at the visitor center said that’s a fine way to go too.

Your visit to Everglades City

[…] great saltwater kayak trail nearby is Sandfly Loop, which gives you a taste of the Ten Thousand Island. For this, you launch from the Gulf Coast Visitor Center for Everglades National Park, which is five […]