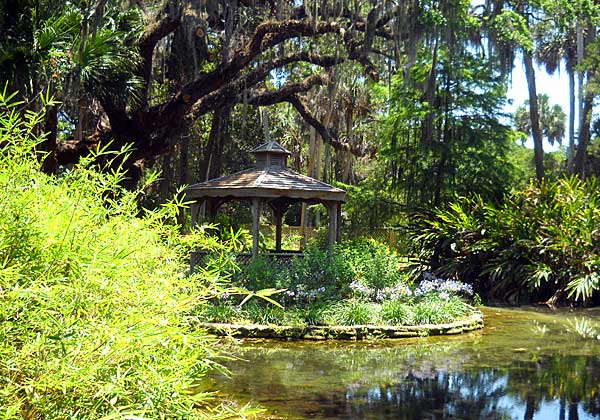 Washington Oaks State Park has a split personality — there are two distinctly different reasons to visit this state park near St. Augustine.

With a name like Washington Oaks Gardens, you expect formal gardens. And they are lovely — ancient spreading oak trees, a meandering waterway fed by a clear spring, plantings of roses and azaleas, a gazebo and numerous photo-worthy scenes.

But the surprise element is the beach. There is barely a sign; the road to the beach references only the “Florida scrub” habitat adjoining the beach. But if you did your research (or read Florida Rambler), you know that the beach at Washington Oaks is lined with coquina rocks carved by the elements into swirls and bowls and all sorts of  fantastical shapes. 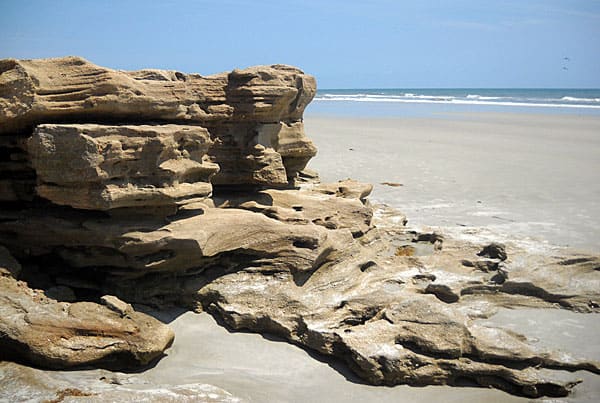 The St. Augustine area is sometimes called the First Coast because of St. Augustine’s history. But I think it should be called the Coquina Coast, because of this unusual and beautiful rock, which appears almost nowhere else on earth and plays such a big role here.

Coquina is a soft rock made of ancient marine reefs and limestone. It’s the rock used in the magnificent Castillo San Marco in St. Augustine. It’s the rock that erodes and leaves the beaches of Flagler Beach a lovely cinnamon color.

At Washington Oaks, the coquina juts out of the sand and the winds and waves have shaped it into a sort of natural sculpture. 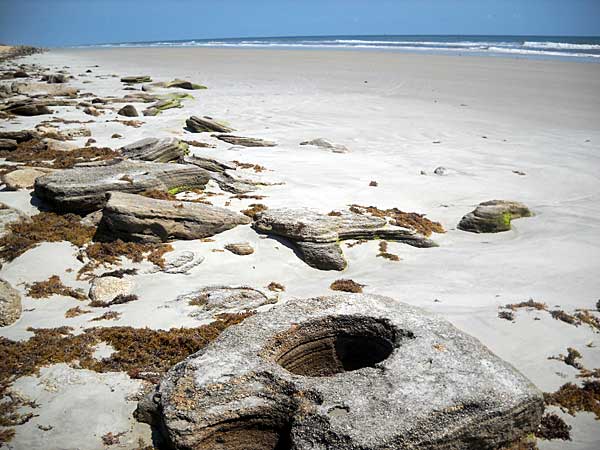 Water has created fanciful swirls in the coquina rocks at the beach at Washington Oaks State Park in Palm Coast. (Photo: Bonnie Gross)

When you walk down to the beach at Washington Oaks, you’ll first see some low outcroppings of coquina. Head north along the shore, and the rocks get larger and more fantastic. The rocks extend some distance north and also crop up in the water. At high tide, the water crashing in the coquina rocks is a spectacular sight. At low tide, the coquina shapes create tide pools with little  sea creatures.

The park road to the beach is marked “Florida scrub habitat” and is directly off of scenic A1A. It  leads to a beach parking lot with about 30 spaces. 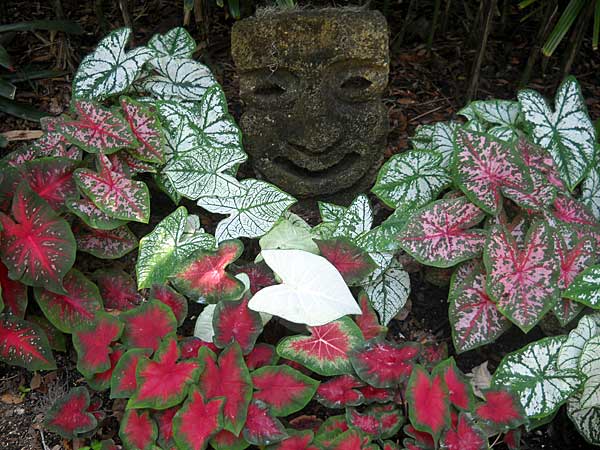 While you’re admiring the beach, don’t miss the other side of the park — the gardens, trails and Matanzas River waterfront. This area is the result of efforts by a man who saw the potential of radio in the 20th century — Owen Young, founder of RCA Corporation and eventually chairman of General Electric.

He bought this property near St. Augustine in 1937 as a winter retreat and with his wife Louise, developed the formal gardens that took an already beautiful spot and put it over the top. In 1962, Mr. Young died and shortly before her death in 1965, Mrs. Young gave most of the land to the state of Florida. She specified that the gardens be maintained in their present form.

The formal gardens are a small part of the park, which contains several short hiking trails through magnificent oak forests and along the Matanzas River. When we visited, we saw three or four manatees swimming by (menaced, sadly, by the ever-present fast boat traffic.)  We also enjoyed watching an agile gopher tortoise  go about his lunch activities. 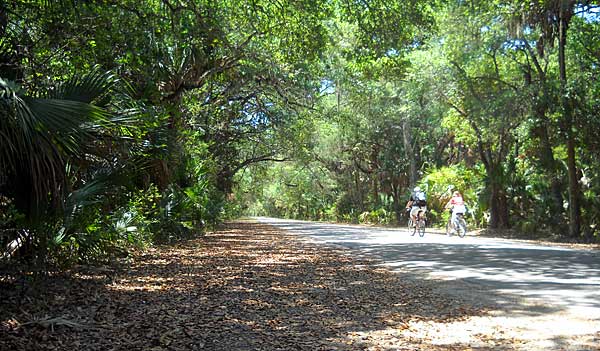 So why is it called Washington Oaks? Because, like the rest of the St. Augustine area,  the site has a rich and interesting history.  The land was originally a cotton and sugar plantation called Bella Vista and owned by a Spanish general. His daughter married a distant relative of George Washington in 1845.