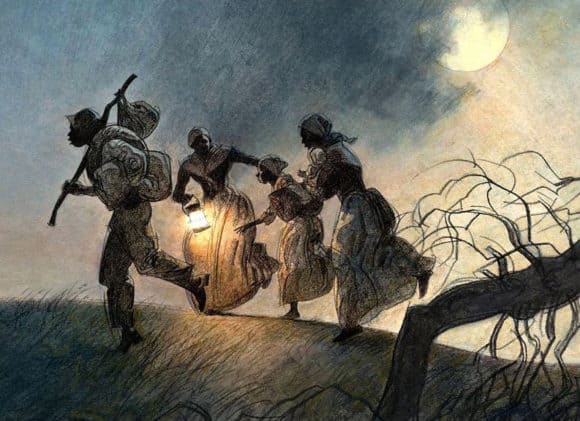 Seeking refuge in the Bahamas

[mappress mapid=”450″ alignment=”right”] They met on ocean beaches apprehensively, seeking flight from Florida to a better life in the Bahamas. If they were fortunate, they would haggle a fair price and board a boat bound for Andros Island.

Those who could afford it bargained with Bahamian “wreckers” who prowled Florida’s coast in search of marine salvage. Others would risk the trip in dugout canoes with makeshift sails for the 154-mile crossing.

The journey itself offered no guarantees. There was always the risk of capture, storms or capsizing and death.

The fortunate ones found their destiny on an island still home to descendants of “Black Seminoles” and African slaves.

“Black Seminoles” were runaway slaves from plantations in South Carolina and Georgia who sought refuge in Spanish-controlled Florida and lived among the Seminole Indians.

The beach where runaway slaves boarded boats for the Bahamas.

The “Saltwater Railroad” migration began in 1821 when Spain transferred its Florida territory to the United States, a change that sent chills through Florida’s black population.

Under the Spanish, many blacks in Florida were free, a right they feared would end under American rule.

Runaway slaves from Alabama and the Carolinas made their way south to escape bondage. Like their fellow slaves who ventured north via the Underground Railroad, Florida’s black residents sought a southern escape.

The dark beaches of Cape Florida offered refuge until passage could be obtained to the Bahamas.

The clandestine exodus flourished until 1825 when construction began on a new lighthouse.

The Cape Florida Lighthouse was built at the south end of Key Biscayne to guide mariners off the Florida Reef. The bright light that was so helpful to sailors offshore proved a setback to those seeking to escape Florida at night.

The lighthouse stands today as the oldest structure in Miami-Dade County, a historic landmark that anchors the Bill Baggs Cape Florida State Park. a recreational jewel on Key Biscayne, not far from downtown Miami.

The park offers excellent shoreline fishing, picturesque bicycle paths and shaded trails and a mile of oceanfront that ranks among the nation’s best beaches.

For the history buff, the park carries a special significance as a designated National Underground Railroad Network to Freedom site — one of only two parks in Florida to hold that distinction. The other is Fort Jefferson in the Dry Tortugas.

The freedom seekers of the Saltwater Railroad are commemorated by a kiosk that traces the passage of this historic journey.

The Legend of Black Caesar still haunts the Florida Keys

Nice to see this part of Florida history documented on the Net.

Darhlene: My good friend Doug Lyons, who contributed this story, is doing some great things with black history on his own web site, www.blackinFla.com Check him out.