Bill Baggs Cape Florida State Park on Key Biscayne is like an old friend to folks in South Florida – a familiar beach destination in the middle of a dense urban area.

As a long-time resident of South Florida, I had visited Bill Baggs Cape Florida State Park several times and I thought I knew it.

Happily, when I spent many hours in the park on a busy Sunday recently, I discovered something rare for Floridians – here was a natural place that was more natural than last time I was here. Bill Baggs Cape Florida State Park has gotten wilder instead of tamer.

What do we have to thank for that?

Hurricane Andrew, the 1992 Category 4 storm that crossed Bill Baggs Cape Florida State Park like a buzz saw, flattening vast swaths of exotic Australian pine in the park and closing the park for a year. With a blank slate, the state park system planted the trees that belong there.

Today, three decades later, those trees have matured and Cape Florida State Park is shaded by a healthy and expanding hardwood hammock, with a canopy of seagrapes, strangler figs and gumbo limbo.

Along the western (non-beach) shore of the island, a multiyear effort to plant 300,000 mangroves has resulted in acres of healthy mangrove forest.

And even before this lush natural vegetation was developed, Cape Florida was a destination not just for its beach, but also for its landmark lighthouse, its fishing, hiking and even dining in its waterfront restaurants.

Cape Florida’s 1.2 mile-long sandy beach is so spectacular that Dr. Beach has repeatedly named it one of the top 10 beaches in America. (Someday, it will win that No. 1 slot.)

It is, he says unequivocally, “the best swimming beach in the Southeast.“

There are seldom waves because of a large sand shoal offshore and rip currents are rare. The water drops off gradually so it is safe for small children.

On the southern end of beach, near the lighthouse, the beach attracts crowds of families. If you like having a beach to yourself, however, it’s a long beach and there is plenty of parking at the northern end, near the entrance, where on a busy Sunday, the group closest to me was a block away.

If you like snorkeling, try the rocks around the lighthouse. (And be aware: This is a natural beach where the seagrass is allowed to remain on the beach and strengthen it.)

The oldest building in Dade County, the Cape Florida Lighthouse dates to 1825, old enough to have been  attacked by Native Americans during the Second Seminole War.

The setting is so pretty that photo albums around the world include pictures of people standing on the shoreline or beach with that lighthouse behind them.

It’s worth climbing the lighthouse on the ranger-led tours at 10 a.m. and 1 p.m. Thursday to Monday. It’s a 10-story climb and the cast-iron balcony is surprisingly narrow, causing those with a fear of heights to cling to the doorway rather than go out.

Those who do walk around the lighthouse platform are rewarded with spectacular views.

Off in the distance to the south are the six remaining houses of Stiltsville, built over the water in Biscayne Bay. (They’re visible on a clear day, but you need binoculars to see them well.)

There are several miles of paved biking trails available inside the park as well as bike rentals, making the park an ideal place for family bicycling.

A lovely walking trail runs along the 1.4 mile-long western shoreline, with big views over Biscayne Bay and glimpses of Stiltsville in the distance.

There are also many picnic tables and shelters under the shady trees.

You can’t beat the views from the two open-air restaurants that operate within the park.

Near the beach and with just a narrow glimpse of the water, there’s the Lighthouse Café, which serves breakfast, lunch and dinner every day.

We lunched at the Boaters Grill overlooking the scenic hidden cove, No Name Harbor, on the western mangrove-lined shoreline.

Here, with yachts moored and no buildings visible except the restaurant, you feel like you are on an unspoiled tropical island (and you are!)

The extensive menu ranges from hamburgers to lots of seafood, including paella and Florida lobster.

Our view was terrific, the sangria was fine and the food was good and reasonably priced considering the location. (We recommend the Cuban Fried Pork Chunks and the Grilled Snapper.)

Boaters Grill requires shoes and shirts and does have a small inside climate-controlled room with windows.

At Lighthouse Café, you could come right from the beach.

The most prevalent wildlife were the ubiquitous iguanas, an exotic species that can be damaging to vegetation. (Cape Florida has plenty of both the green iguana and the black spiny-tailed iguana, which park managers work to remove.)

But the park also attracts more than 50 species of butterfly and 170 bird species. It’s located on the Great Atlantic Flyway, so peregrine falcon and other migrating birds pass over.

Sea turtles nest on the beach and crocodiles visit the more remote areas of the park. (A crocodile nest with 13 hatchlings was found on adjacent Virginia Key recently, a first for urban Miami.)

Greatest asset: A natural beach in the middle of a densely populated urban area.

Parking: Ample space; included with admission. The park does fill up, however, on holiday and summer weekends.

Fees: $8 per car (with two to eight passengers) plus you need to pay the toll on the Rickenbacker Causeway: $1.75 for a vehicle with two axles as you leave Miami.

Pets: Must be kept on leash; not allowed on beach.

Location and directions: From I-95, take exit 1A, follow FL-913 across the Rickenbacker Causeway to the end of Key Biscayne.

Hours: Park is open 8 a.m. to sundown daily. Lighthouse tours are 10 a.m. and 1 p.m. except Tuesday and Wednesday.

History: The area was named by Ponce de Leon, who called it “Cape of Florida.” The park is named after crusading journalist Bill Baggs, editor of the Miami News, who campaigned in the 1960s for the southern end of Key Biscayne to be saved from development. (Thank you, Bill Baggs.)

Things to do near Bill Baggs Cape Florida State Park: 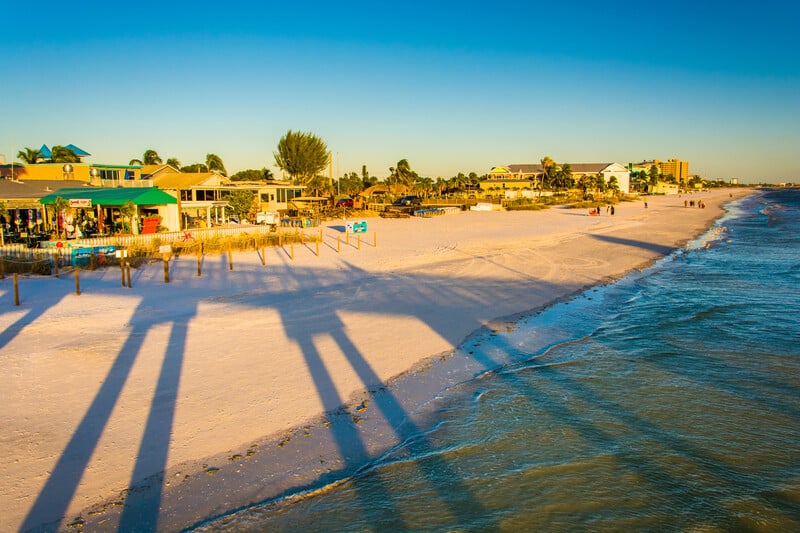 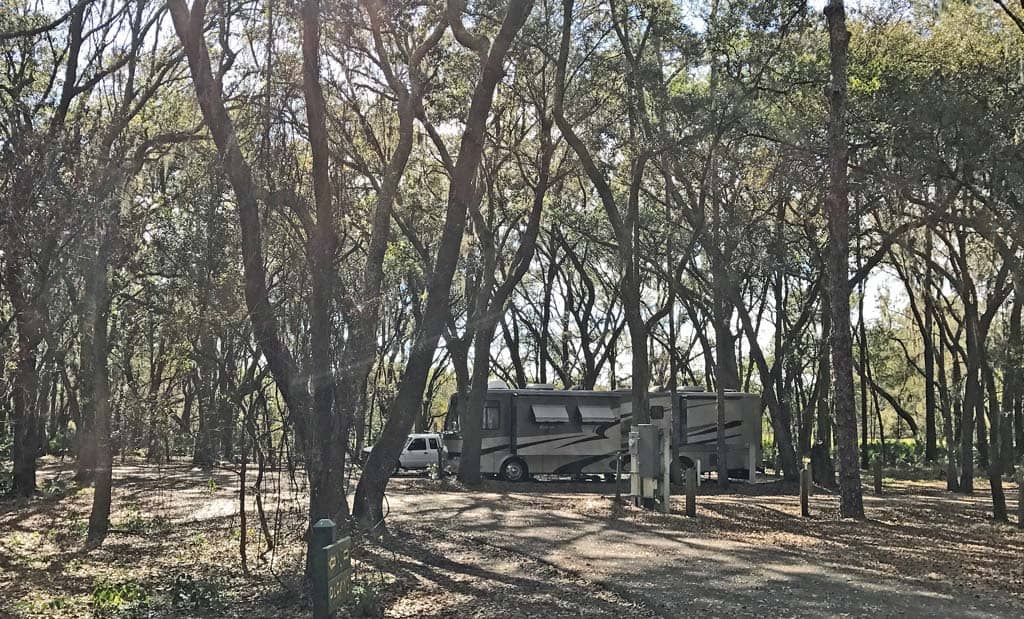 We climbed the lighthouse on Sunday, Feb. 5, 2017 after a very informative lecture by the park ranger. Especially interesting was that during a Seminole attack in the 1840's, one of the men threw gunpowder down into the stairwell And the explosion was heard ten miles out to sea by a ship that ultimately saved his life. The view from the top was phenomenal and worth the climb. Downstairs, the lighthouse keepers kitchen was open with its fireplace and historic video. Later we walked extensively through the beautiful park. Luckily we had a nice gentle breeze that day.