At Smallwood Store, you live a little Everglades history 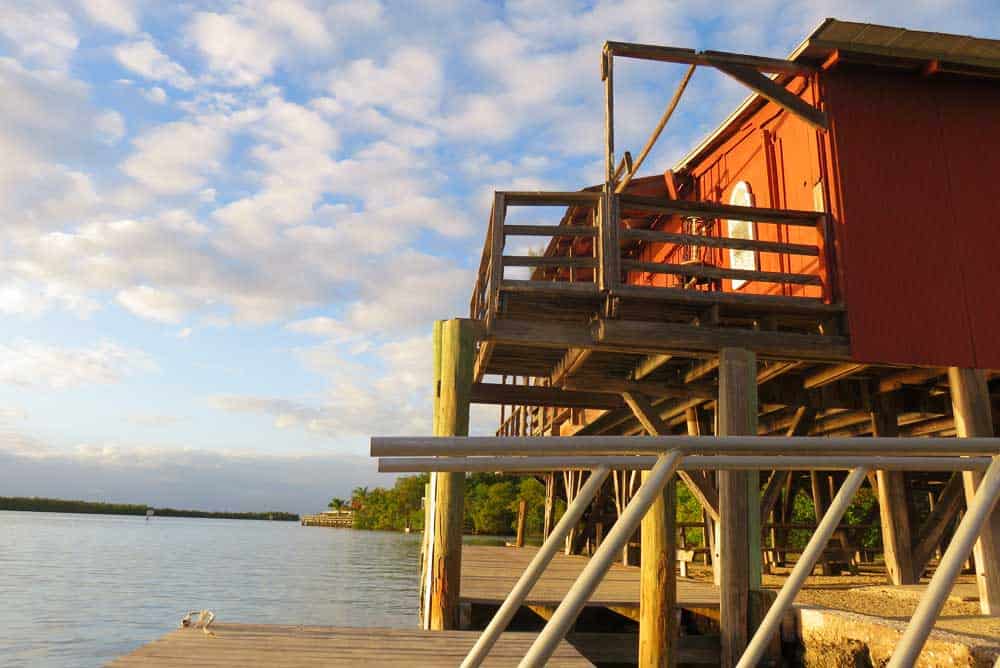 Smallwood Store is an exceptional slice of Florida history at an end-of-the-road site overlooking Chokoloskee Bay near Everglades City.

You’ll have to travel many miles to find a more evocative, authentic look at old Florida.

Smallwood Store opened in 1906 when Chokoloskee was the Wild West and Ted Smallwood was a pioneer. This wooden building on an island was an Indian trading post, post office and general store to a small community of hardy and sometimes ornery individualists. 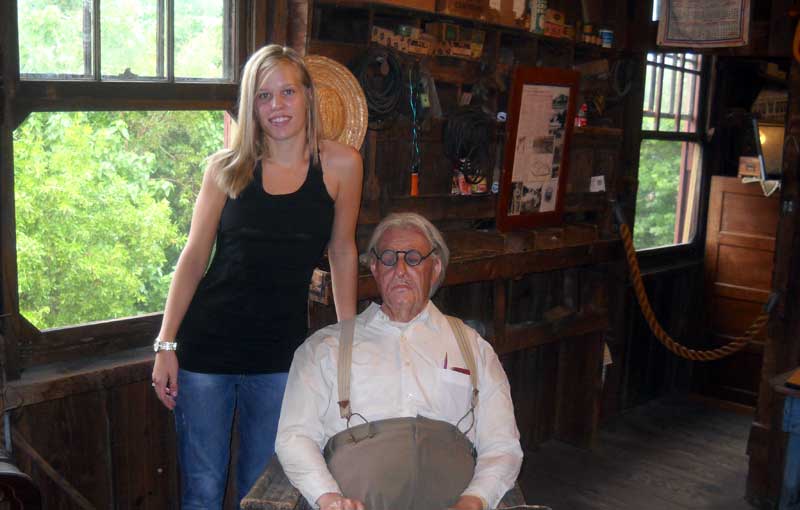 All in the family: Mallory Smallwood McMillin with a mannequin of her great-grandfather Ted Smallwood at Ted Smallwood Store in Chokoloskee. (Photo: David Blasco)

Today, one thing that makes Smallwood Store so special is that not only has it been preserved, but it is still owned and loved by descendents of the family that founded it.

Admission to Smallwood Store is $5 and if you like old stuff, you can while away an hour soaking up the ambience, reading the extensive and informative displays and admiring the view. 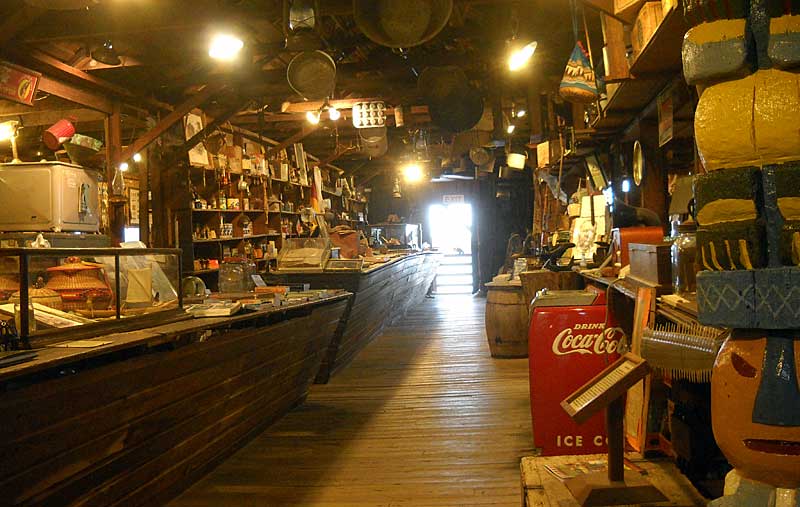 View of Ted Smallwood Store as you enter the front door. The counter is called a “hooped skirt counter.” Its slant lets a woman stand next to the counter without her hoop skirt getting pushed up to expose her legs in back. (Photo: David Blasco)

You’ll learn that the wooden counters slanted in at the floor to accommodate hoop skirts, that in 1984 two-thirds of the adult male population of Everglades City was jailed for trafficking in marijuana, that the first Coke machine came to town in 1945 at Ted Smallwood Store, which had the only electricity for 30 miles. 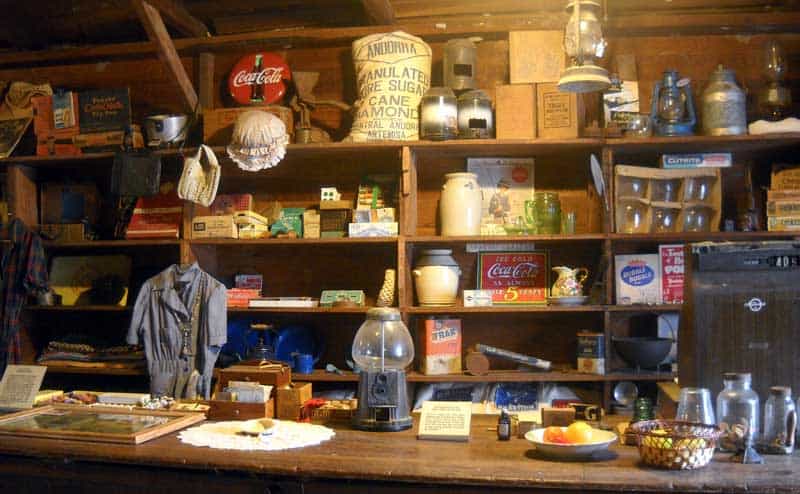 You’ll see the stories of Seminole Indians, pioneers, murderers, recluses and strong, persevering women. (On display is a handsome wooden table built by one of Ted Smallwood’s daughters.) 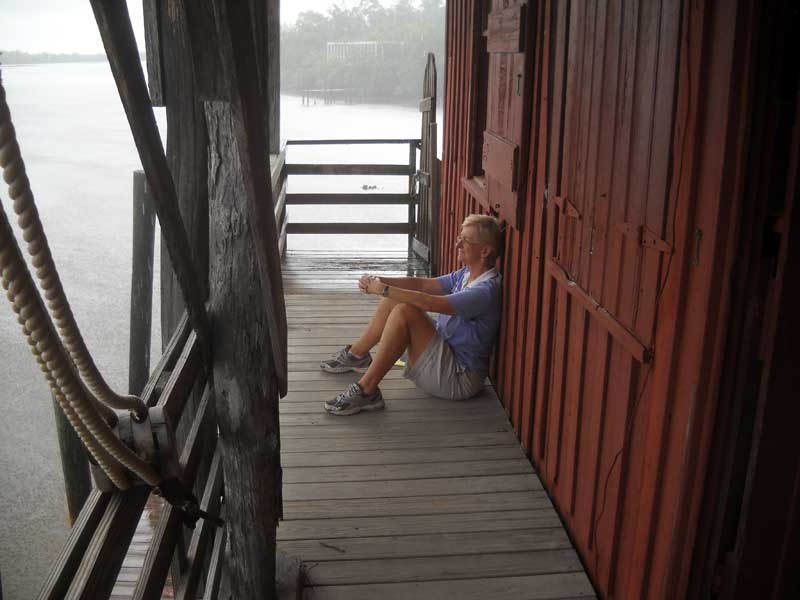 Smallwood Store devotes space to telling the legendary story of suspected serial killer Ed Watson, who sought refuge from the law in the Ten Thousand Islands. He was later killed himself at Smallwood Store by residents who suspected he was killing their neighbors.

Books on the Watson episode are available in a small gift shop, where you also can buy Seminole arts and crafts, postcards, T-shirts and plastic alligators.

On a day when we visited Smallwood Store several years ago, we were lucky enough to meet Mallory Smallwood McMillin, who grew up at the historic store. Her mother opened it as a museum when she was 3 and she remembers taking her naps in a back bedroom where her great-grandfather slept when he stayed at the store when Seminole Indians camped there. She graduated from Everglades City High School (in a class of 2013) and returned after college to live here and work at Smallwood Store.

Smallwood Store was placed on the National Register of Historic Places in 1974 and remained open as a working store until 1982. When the doors shut, 90 percent of the original goods remained in the store, according to the family. 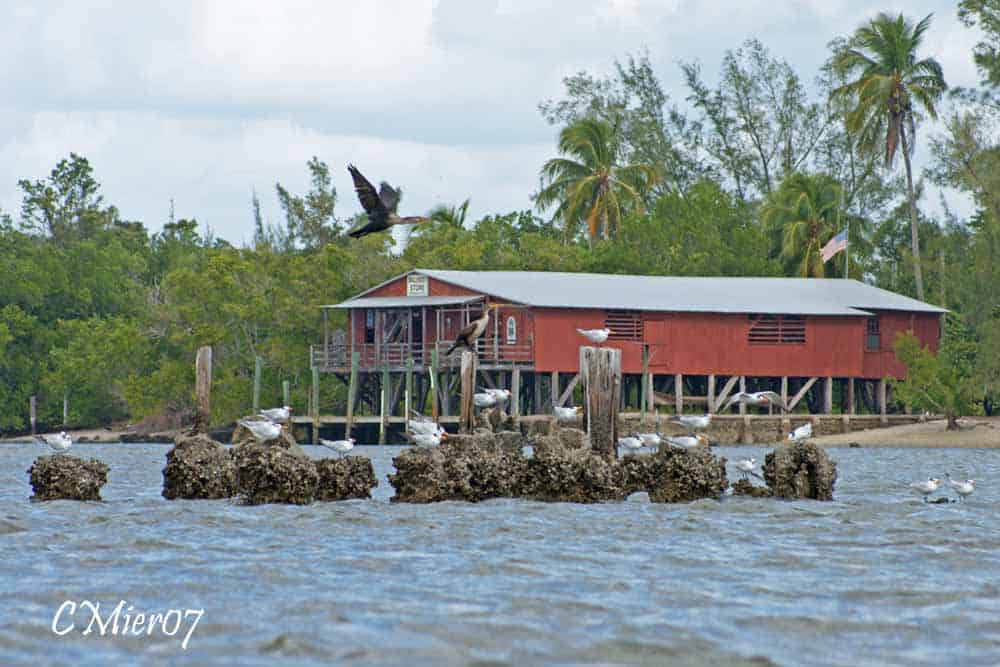 Today visitors from around the world come here for a peek at a non-commercial Florida. Folks fish from the back desk and launch kayaks into the Ten Thousand Islands wilderness.

For the moment, what you see at Smallwood Store is a world Ted Smallwood would easily recognize.

Things to do near Everglades City and Chokoloskee:

Interesting nearby places to stay and eat:

Find a room in Everglades City:

[…] one of our favorite, off-the-beaten-track stops, historic Smallwood Store on Chokoloskee, just four miles away. (Its docks are a lovely place to watch the […]