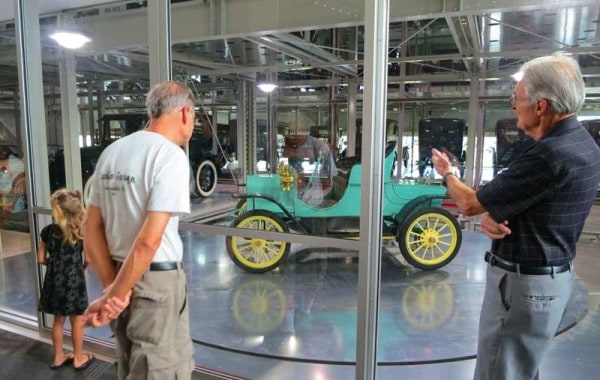 Visitors choose a car via a touch screen and a robotic system delivers it to the turntable for display at the Elliott Museum, Stuart, Florida. (Photo: Bonnie Gross)

The Elliott Museum in Stuart has been around for more than 60 years, and it used to be a funky collection of old cars, antique kitchenware, baseball cards and other truly miscellaneous items. It was dusty, overcrowded and definitely eccentric.

A spacious, open and decidedly undusty new museum opened in 2013. It is an interesting and entertaining stop where the eclectic collection has a little something for everyone.

Located on Hutchinson Island, it’s a nice addition to a weekend of beaches and outdoor activity.

The big draw here are the antique cars and particularly the way they are displayed.

A three-story glass-enclosed storage system houses 54 of the museum’s 90 antique cars. Visitors use a computer touch screen to choose one of the cars for better viewing and it is “ordered” electronically by a museum staff member. A robotic system retrieves the car and delivers it to a viewing site, where it rotates like an old-fashioned record on turntable.

The gee-whiz device is a first in an American museum, and it will impress even the visitor who doesn’t care about old cars.  (Here’s a video of it.)

The computerized racking system cost about a million dollars, according to Jennifer Esler, museum president and CEO.“But when you talk about building space and the cost of expanding the footprint of the building, it is actually pretty cost effective.” 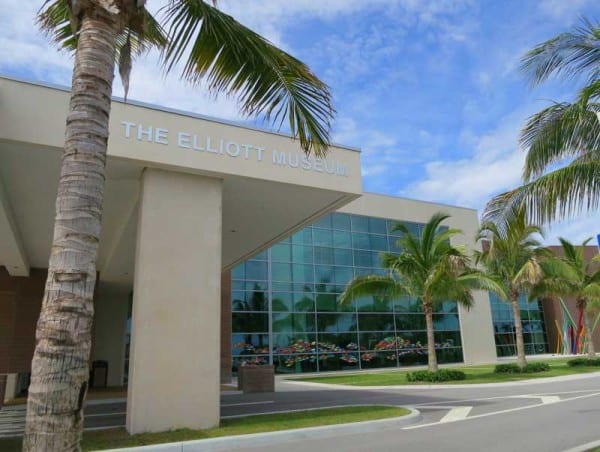 “Sometimes people sit there and watch it for hours,” she added.

Several fabulous vehicles are located in the large two-story atrium space for up-close viewing, including a vintage school bus that kids love to climb aboard and romp inside.

The school bus is indicative of the Elliott’s new focus. It is emphasizing its connection to the Treasure Coast, where that school bus originated.

Similarly, where else would you see a museum exhibit of a Votomic booth from the 2000 presidential election, an example of South Florida’s “butterfly ballot” with the “hanging chads” that resulted in George W. Bush becoming president instead of Al Gore. 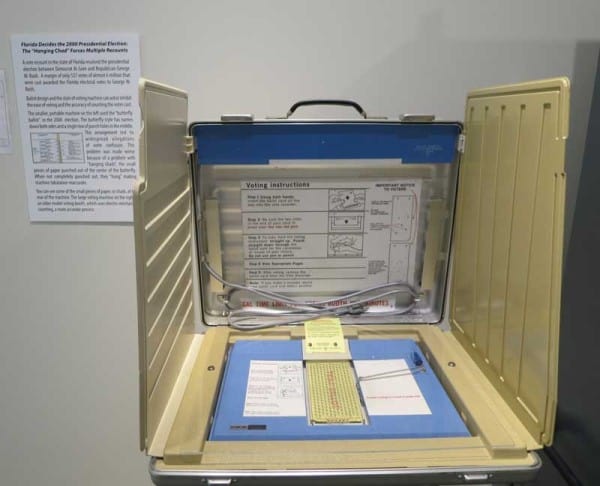 In that room was another locally derived exhibit that intrigues female visitors:  A 100-year-old wedding dress that had been worn over the years by five brides of the same local family. The wedding photos of each bride are also on display, and each photo captures the styles of its era. 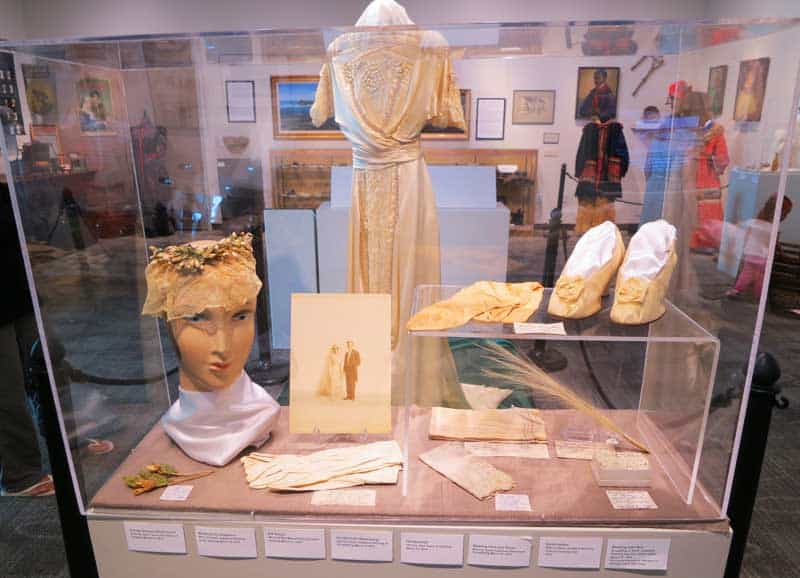 The wedding dress was worn by five members of the same local family. The wedding photos are displayed, too, at the Elliott Museum, Stuart, Florida. (Photo: Bonnie Gross)

You’ll find interesting outboard motors (there’s an Evinrude family connection to the Treasure Coast) and a display of clothes and images of 1940s movie star Frances Langford (she was married to Ralph Evinrude.)  The café is actually an exhibit about Langford and named after the local resort nearby she founded, The Outrigger. (See below about visiting the restaurant that now occupies the site of the original Outrigger.)

The museum offers lots of family programming. On the Saturday we visited, there was an interesting talk by an author in the atrium in the morning followed by  a hands-on craft activity in a classroom. And the craft wasn’t just for kids – members of my adult party had fun each painting a wooden fish to join the colorful display in the museum windows. 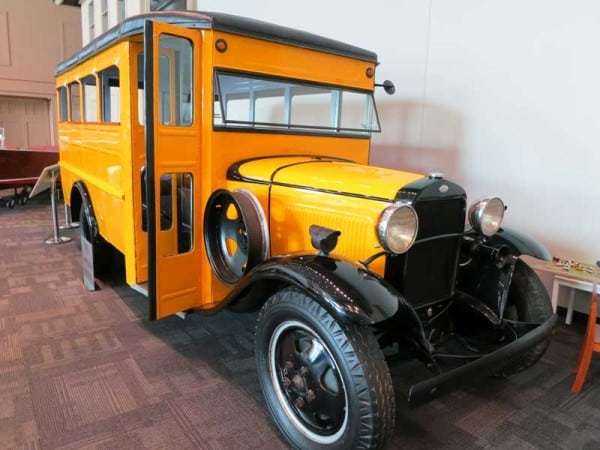 Kids love to romp on the vintage school bus at the Elliott Museum, Stuart, Florida. The museum also tells a neat story about the restoration of the bus. (Photo: Bonnie Gross)

The up side of the museum? You can spend longer if you’re intrigued, but it’s the kind of museum that you can tour, be amused and be done in about 90 minutes. It’s not overwhelming or academic; it’s easy to tour and it has a broad appeal for all members of the family. 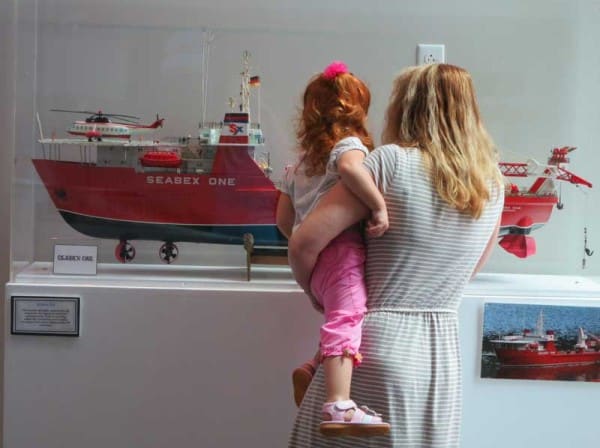 The Elliott Museum merged with the the Maritime & Classic Boat Museum of Jensen Beach, and thus the collection of nautical items here is impressive. (Photo: Bonnie Gross)

What’s near the Elliott Museum in Stuart:

More things to do nearby and resources: