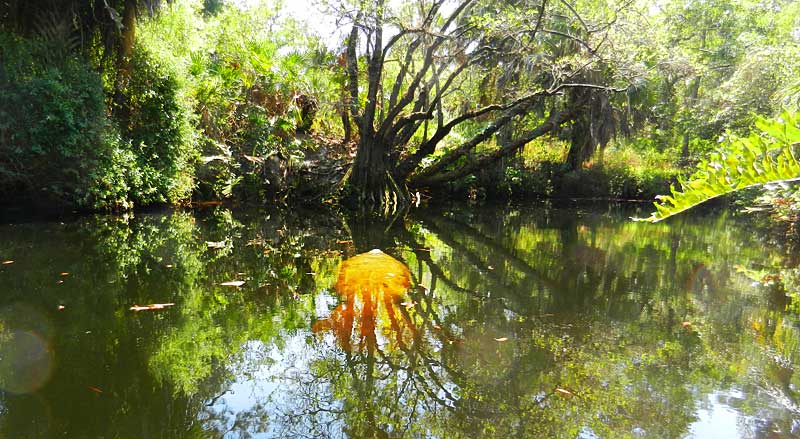 The name Imperial River suggests a grand and imposing thing. Instead, the creek is just 9 miles long, winding through Bonita Springs into Estero Bay on the Gulf of Mexico.

It’s not part of any state or county park and it’s not undeveloped, but it makes a delightful kayak trip under a canopy of oaks and pines, narrowing into a twisty cypress-lined creek as it gets too shallow to paddle near its headwaters.

The tea-colored water is clear and the bottom is sandy at spots, allowing visibility to see fish, turtles and, if you’re lucky, manatees.

We were lucky on a weekend in March. We came upon manatees eight or 10 times, probably seeing the same three repeatedly. They swam under and around out boats, nibbled on the vegetation along the shore and imbued our trip with a little magic. 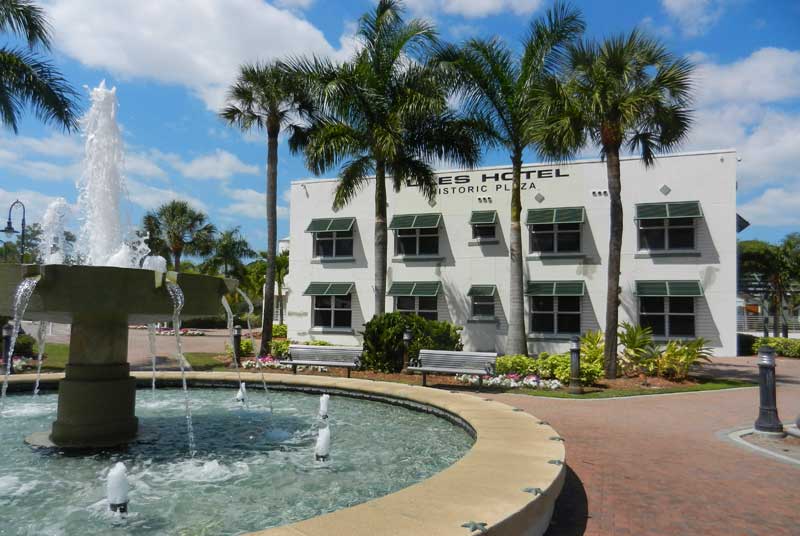 The best place to put in is in old downtown Bonita Springs. I never knew Bonita Springs had a downtown, actually, until this outing. It does, and it’s quite old.

A little over a 100 years ago, the city was called Survey (because a survey team discovered a spring there) and the river was originally Surveyer’s Creek. But the usual land-boom mania inspired folks to rename the town Bonita Springs and give the creek the grand name Imperial River. 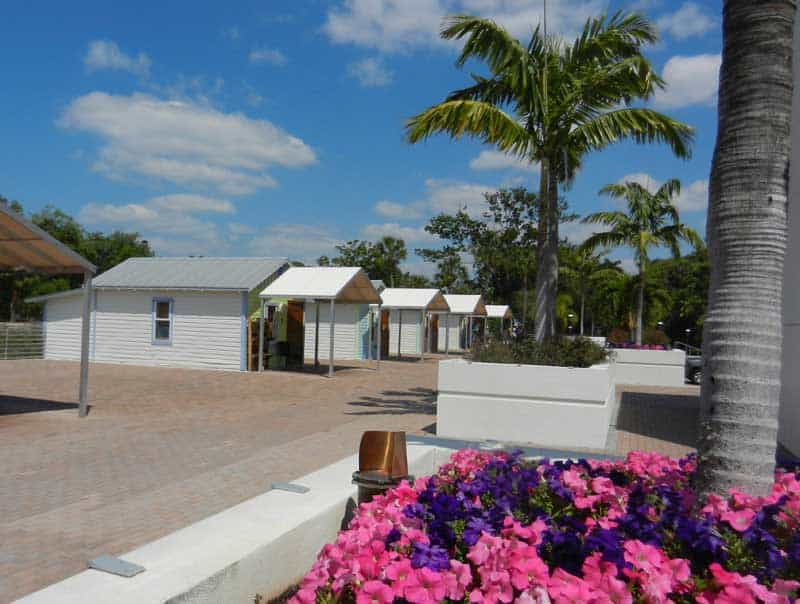 Bonita Springs was built around the railroad tracks and the original US 41, which brought travelers into Florida in the 1920s. The oldest building, now the center of redevelopment efforts, is the 1926 Liles Hotel on the Imperial River. The Liles Hotel has been restored to be used as city offices and is surrounded by a landscaped Riverside Park with fountains and sculptures. 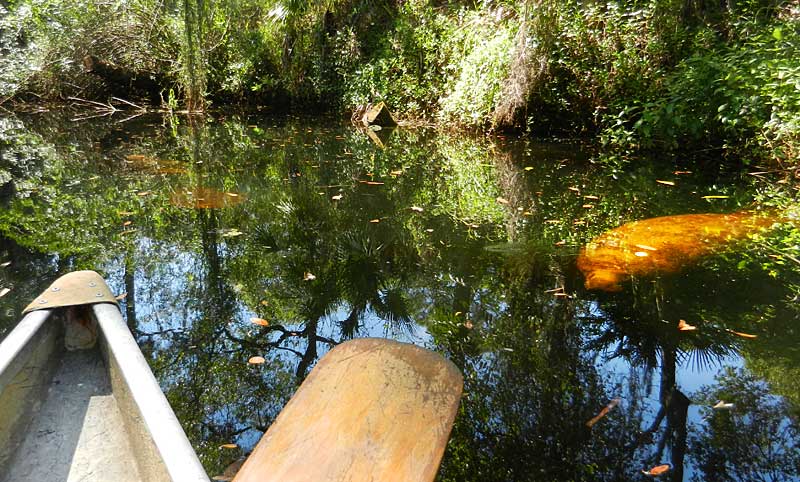 Riverside Park is also home to six cute cottages, originally riverside tourist cabins built in 1945. One houses a friendly kayak outfitter, who is happy to tell you about paddling the Imperial and rent you kayaks or canoes. (Details below.) The cottages have been restored and look like the sort of places mid-century motorists loved. 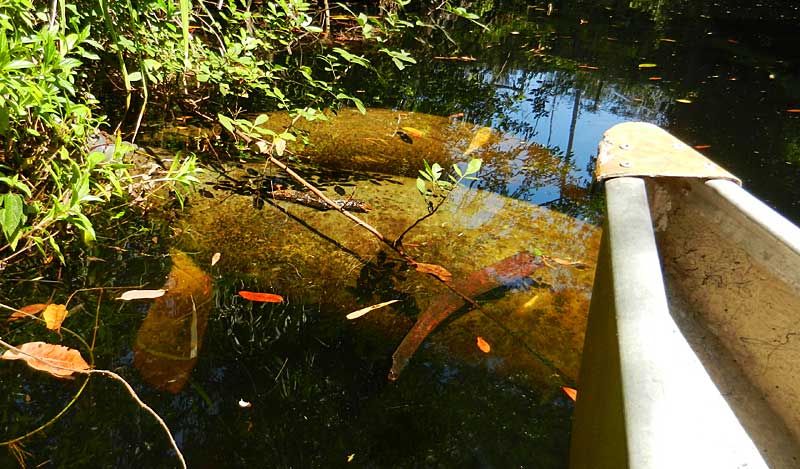 Across the river is the classic roadside attraction, Everglades Wonder Gardens, which had been operated by the same family as an animal attraction from 1936 to April 2013. It recently reopened as a botanical garden.

While Old 41 is a bit off the tourist track, kayakers will find the river is worth seeking out.

If you don’t rent kayaks at Riverside Park, you put in your own kayak at a boat ramp on the east side of Old 41. The best paddling is upstream to the east. West of Old 41, the Imperial River gets wider, less lush, more urban and more filled with motorboats. 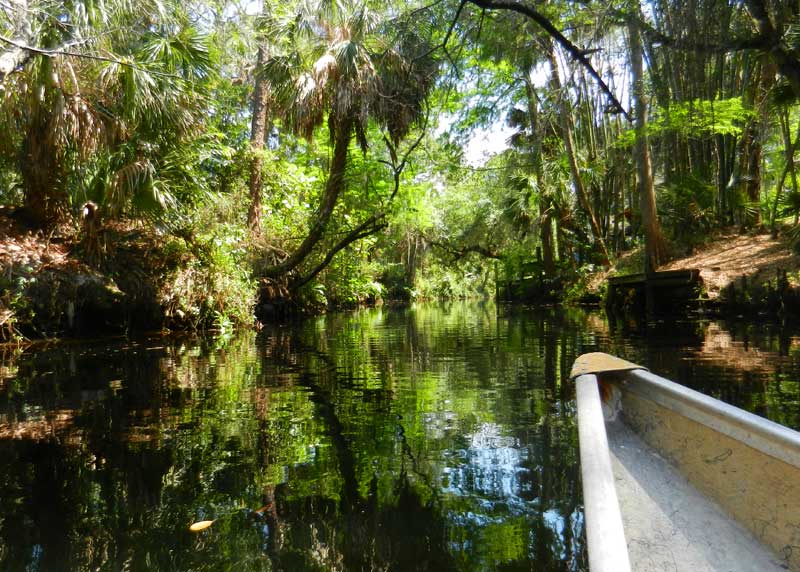 You are immersed in a green world paddling on the Imperial River. (Photo: Bonnie Gross)

The upstream route takes you two or three miles to where the Imperial goes under I-75 and becomes narrow and shallow. The river has a natural shore with mangroves and sandy banks instead of  seawalls. It is lined with old trees that form a shady canopy much of the way. Most of the trail is past houses, but they are widely spread and thick with vegetation. Flashy cardinals criss-crossed our paths and turtles sunned on logs. It’s not wild, but every minute is scenic.

The prettiest section is the eastern stretch, where cypress trees and their knobby knees dominate the landscape. The trail gets twisty with a bit of a current. The current and tidal effects were never strong enough, though, to be an issue. Thanks to that small current, the return trip went quickly. 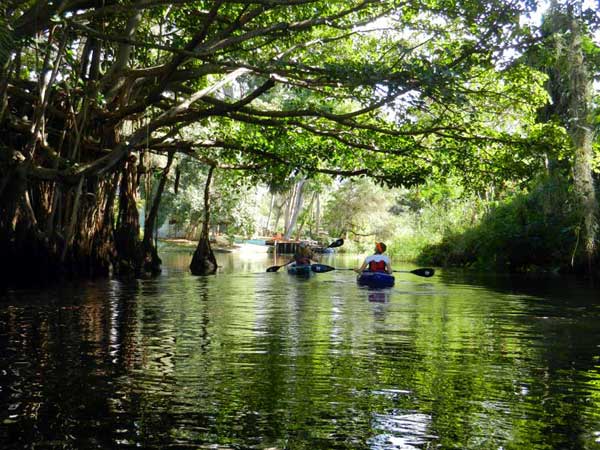 Planning your trip to Bonita Springs and the Imperial River

More things to do in Bonita Springs