Calusa Blueway: Kayak trail with maps, markers so worth exploring 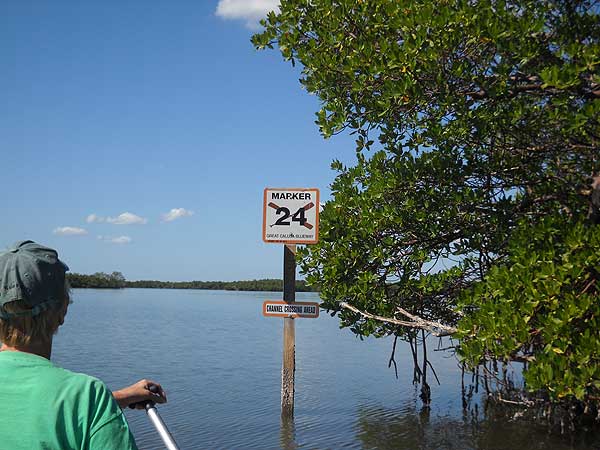 The Great Calusa Blueway, a kayak trail in the Fort Myers area, has markers, like this one near Mound Key Archaeological State Park. (Photo: David Blasco)

It’s a 190-mile long paddling trail for kayaking Fort Myers area waterways along the Gulf Coast, but don’t think of the Great Calusa Blueway as some sort of Appalachian Trail on water.

It’s not. Not exactly.

The Calusa Blueway has mile markers, but it’s not linear nor is it designed for those who want to test their endurance. Instead, it meanders up three rivers and their tributaries, through Estero Bay and Pine Island Sound and around many coastal islands. It’s composed of dozens of different trails.

But here’s where the comparison is justified: If the Appalachian Trail is hiker heaven, then the Calusa Blueway is kayaker heaven.

Paddlers explore an area full of rivers, lagoons, beaches and islands, full of intense blues and greens and home to a wide range of wildlife.

Kayakers can glide silently into a world where they might see dolphins or manatees up close. Birds are plentiful — eagles, osprey, wood storks, roseate spoonbills, all sorts of herons, ibis and egrets.

A joint project of Lee County Parks and Recreation and the Lee County Visitor and Convention Bureau, the Calusa Blueway was designed to put this part of Florida on the map for kayakers — and it does, literally. The Calusa Blueway will mail a free set of maps to anyone who requests them. Those maps, the marker signs and a smart-phone app make the Great Calusa Blueway one of the most accessible kayak destinations anywhere.

Many trails are served by kayak outfitters and guides, so the Blueway is a good way for people to try out kayaking. Those with their own kayaks can use the maps and app to find put-in locations and new places to explore.

Sean Fitzgibbon of the Tampa area is the rare paddler who kayaked every mile of the trail, completing it in just under two weeks. He talks with awe about one of his favorite spots in Estero Bay.

“I love paddling the Lovers Key area,” he said. “Once we sat for an hour and a half in a slick line of weeds near there and watched manatees feeding on that grass and a pod of dolphins herding fish and cutting through the circle and eating them. It was phenomenal.” 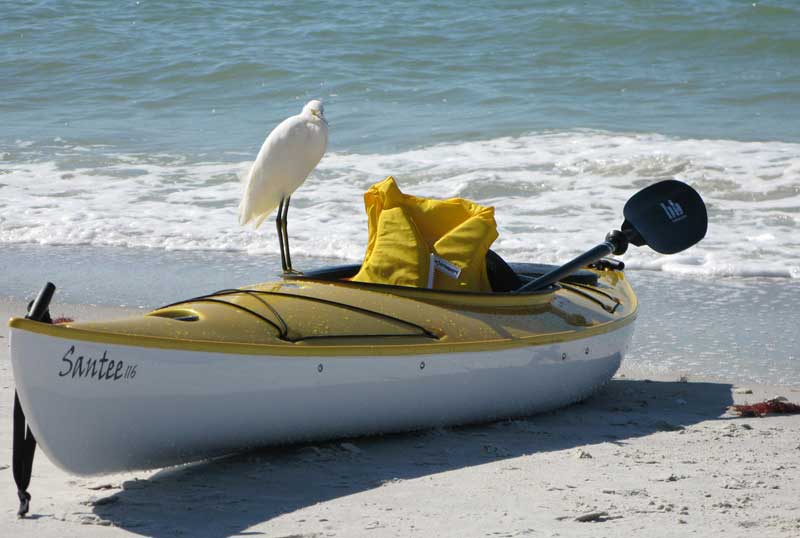 The northern edge of the Blueway is the top of Pine Island around Bokeelia. The southern end is the Imperial River through Bonita Springs. The Blueway breaks down the area, which incorporates 230 square miles of island waterways, into three regions, each with its own map: 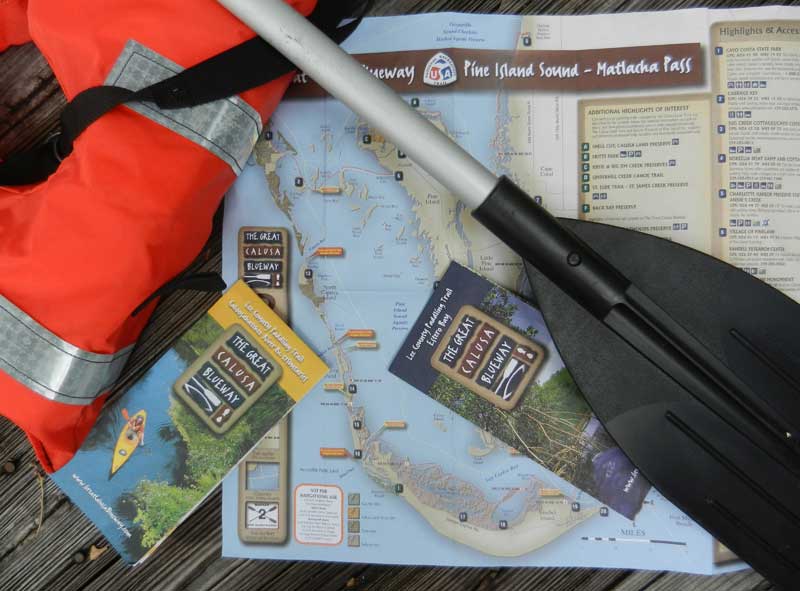 Betsy Clayton, Lee County communication director and former waterways director, has paddled it all and her favorite isn’t a single spot.

“It’s a place you can find all along the Blueway,” she said. “There are mangrove tunnels where you have this chocolate brown water and branches arching overhead like a cathedral. You see an opening in the mangroves that leads to a shallow lagoon. And then you look across and see these lush-colored birds that look like they’re having their own picnic.”

If you don’t have your own kayak, the Calusa Blueway website lists more than 30 outfitters from whom you can rent kayaks. Many are mobile outfitters, who will bring a kayak to you at a boat ramp, Clayton said. Many also offer guided kayak trips, which can give confidence to a beginner.

Clayton reassures first-timers: Kayaks aren’t unstable cramped vessels where you need to learn how to do an eskimo roll if capsized. The waterways average four feet in depth and many outfitters rent sit-on-top kayaks if you don’t want an enclosed boat.

Here are three great kayak trips on the Great Calusa Blueway that are good for beginners as well as advanced kayakers: 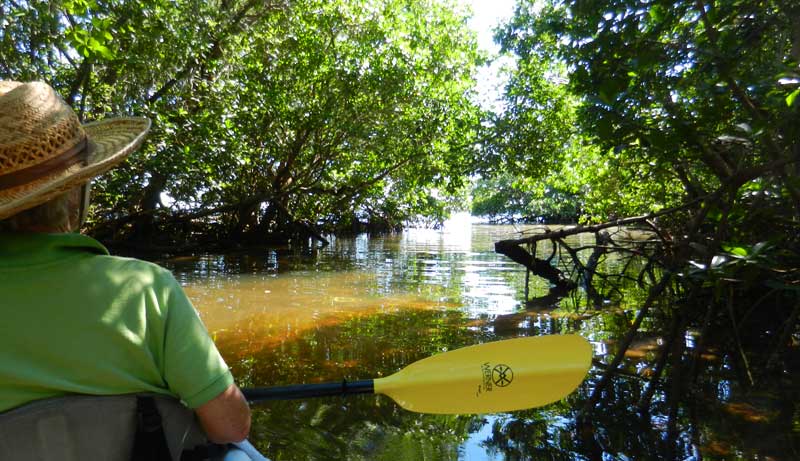 Paddling Tarpon Bay is a good starter experience. You’ll maneuver through some twisty mangrove tunnels, observe heron, egrets and heron and have a good chance of seeing manatees, dolphins and more unusual bird life, such as the magnificent frigate birds and roseate spoonbills. Paddlers have even seen otters here.

On a recent paddle in the area, my highlight was watching a dolphin feeding on a school of fish with explosive splashes in Pine Island Sound. The dolphin swam so close that we heard the rush of air through his blowhole when he surfaced. 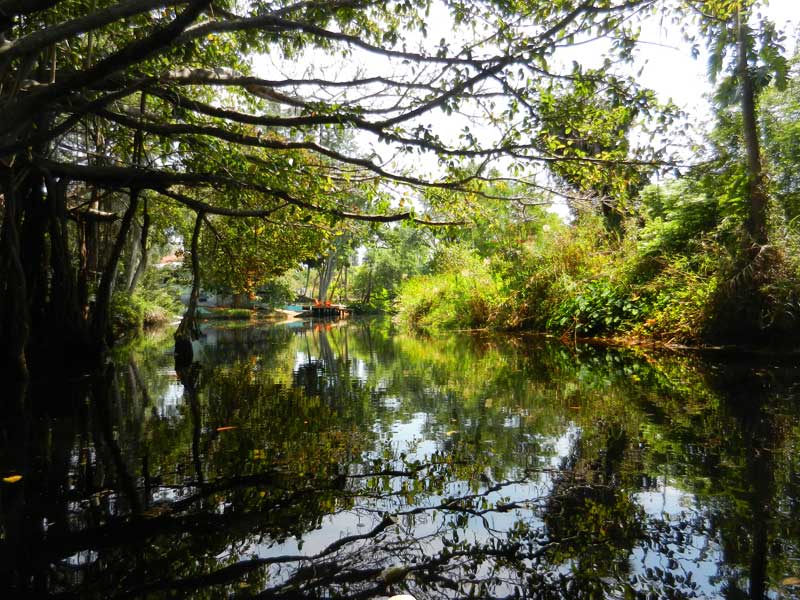 The Imperial River’s name suggests a grand and imposing thing. Instead, the creek is just nine miles long, winding through Bonita Springs into Estero Bay on the Gulf of Mexico. It’s not part of any state or county park and it’s not undeveloped, but it makes a delightful kayak trip under a canopy of oaks and pines, narrowing into a twisty cypress-lined creek as it gets too shallow to paddle near its headwaters.

The tea-colored water is clear and the bottom is sandy at spots, allowing visibility to see fish, turtles and, if you’re lucky, manatees.

We were lucky on our visit: We came upon manatees eight or ten times, probably seeing the same three repeatedly. They swam under and around our boats, nibbled on the vegetation along the shore and imbued our trip with a little magic.

You can put in your own kayak at a boat ramp on the east side of Old 41 at the Imperial River. The best paddling is upstream to the east. West of Old 41, the Imperial River gets wider, less lush, more urban and more filled with motorboats. 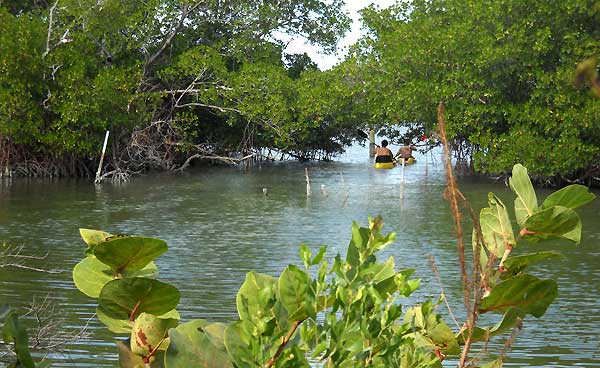 This kayak outing is a bit more ambitious, but it has a lot going for it: You kayak to an undeveloped island that is an important archaeological site and a state park. Paddling through Estero Bay, you have a good chance of seeing marine and bird life.

You start at Lovers Key State Park in Fort Myers Beach, itself a destination worth several hours of exploration. For years, Lovers Key was only accessible by boat; the name comes from the sweethearts who sought out the privacy of its spectacular beaches.

You can rent kayaks from the park concessionaire or put in your own kayak.

Mound Key was built by the Calusa Indians, a thriving civilization in Florida when the Spanish landed in the 1500s. It’s an immense 30-foot-tall mound of seashells, fish bones and pottery. Historians believe it was once a ceremonial center. It was so important that the Spanish built a settlement and the first Jesuit mission in the Spanish New World here.

So what’s there now? Whatever treasures may have existed have been looted. Today Mound Key is a 125-acre island, thick with native trees and plants, with two small beaches for kayak landings and a single half-mile trail weaving over its surprisingly tall mounds. There is an ancient cistern.

You can visit the website for the Calusa Blueway and request maps be mailed to you. You also can find copies of maps, lists of outfitters, put-in sites, suggested routes and trip reports there.

You can download a free Great Calusa Blueways smart-phone app in Google Play and iTune stores. The app includes some bonus material, such as a guide to birds you might see along trail. The app makes a good companion to the printed maps as you plan an outing. 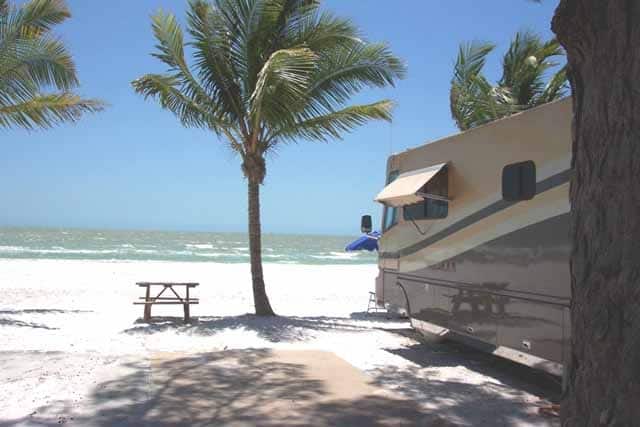 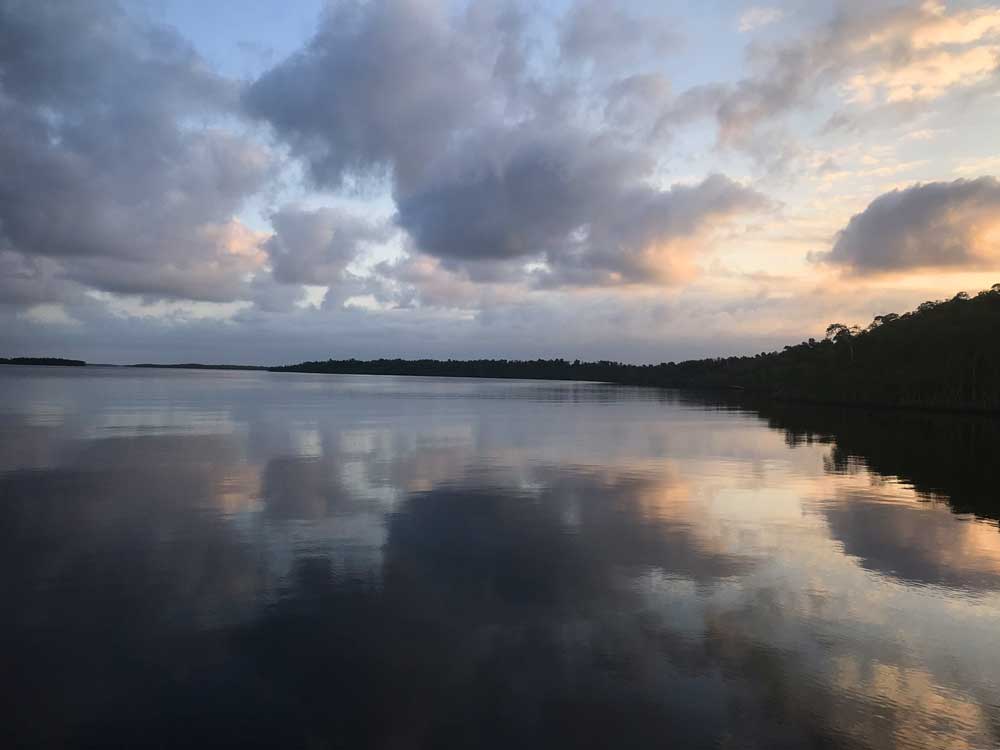 Next
National parks in Florida: 11 treasures, even some you haven't visited
Click here to cancel reply.

[…] outings is to paddle to Mound Key Archaeology Site. Lovers Key State Park is a stop along the Calusa Blueway paddling trail and so is Mound Key, an island that was the center of the Calusa Indian kingdom starting 2,000 […]