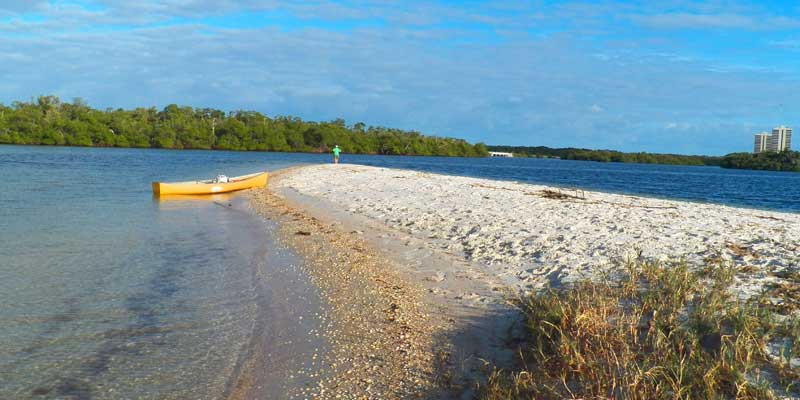 John D. MacArthur Beach State Park offers one of my favorite kinds of kayak trails – a trip to an island reachable only by boat. To make it better, it’s an historic island with an interesting story.

Add to that numerous ospreys swooping overhead, a shaded walk through a forest of native vegetation and some deserted little beaches, and you have the recipe for a great day in a kayak. 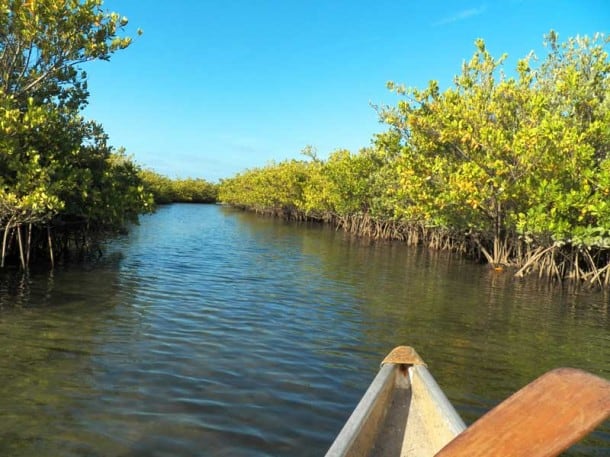 Kayak trail through waterways within Munyon Island. The entrance is on the north end of the island, which is in John D. MacArthur Beach State Park. (Photo by Bonnie Gross)

I have visited John D. MacArthur Beach State Park many times for its splendid beach, which is the perfect place for long walks and good snorkeling.  To get to the beach, you cross a long boardwalk over the shallow, clear saltwater lagoon. That lagoon beckons to kayakers, so this time we loaded our canoe and drove to North Palm Beach.

You can kayak on that saltwater lagoon, but the park also extends west to Munyon Island,  45 acres of undeveloped island in Lake Worth/the Intracoastal Waterway. It has excellent picnic shelters, a trail and its own little hidden beaches. 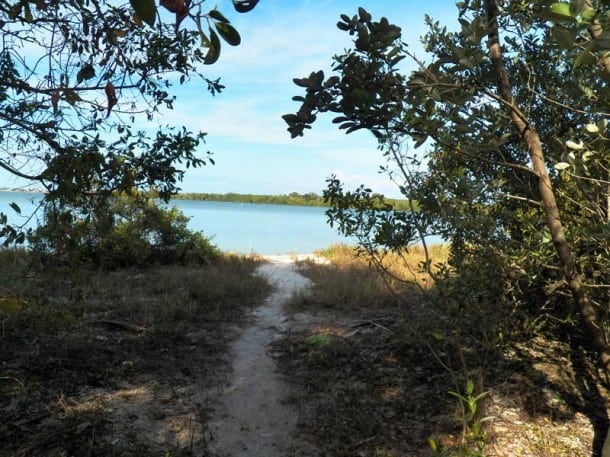 We spent four hours, leisurely paddling and admiring the wildlife, picnicking on the island and then taking the trail from one end of the island to another.  We also paddled the peaceful mangrove tunnels and channels within Munyon Island itself.

Munyon Island’s heyday began in 1901, when Dr. James Munyon bought the island and decided it was a perfect location for a resort. By 1903 he had built the Hotel Hygeia, named after the Greek goddess of health. Munyon marketed the resort as a place for ailing northerners to restore their vitality.  It was five stories high with 21 rooms and eight baths!  Guests drank “Dr. Munyon’s Paw-Paw Elixer,” made from fermented papaya juice, which he bottled there. 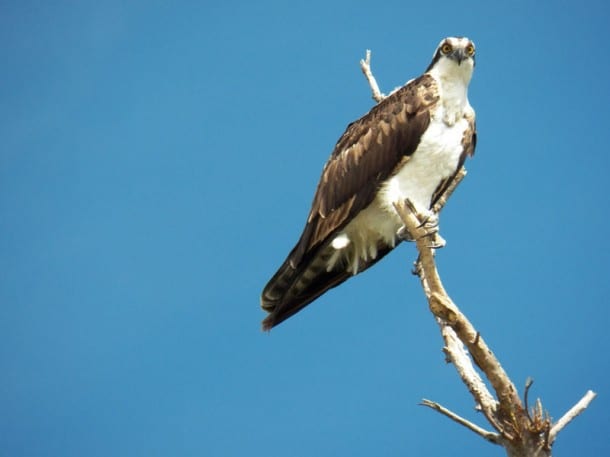 The successful operation ended in 1917 as so many such resorts did in those days – when a fire burnt it to the ground. As we explored the island, there was no sign of the hotel.

The hotel was not rebuilt and the island remained undeveloped. It tripled in size as dredged earth from the Intracoastal was piled along its western shore from the 1930s to 1950s. John D. MacArthur bought the land in 1955 and he donated it to the State of Florida in 1981.

Signage on the island describes impressive restoration work that included thousands of volunteer hours to remove exotic trees and replace them with 120,000 mangroves. Today, the island seems natural and pristine thanks to their work.

We were lucky to visit the island on a quiet weekday when we had it largely to ourselves. On weekends, I am sure the covered picnic shelters fill with folks who arrive at the large metal docks by powerboat.

We loved coming upon the sandy beaches on the north and western ends of the island, which would make great places to swim or wade on a hot day. 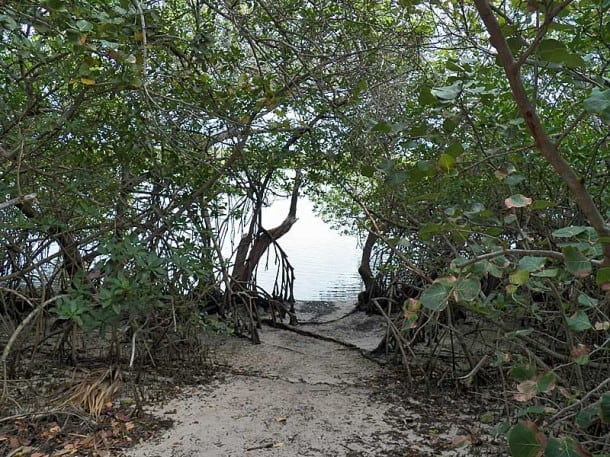 The kayak trail to Munyon Island is a great little trip. For South Floridians, it’s a pleasant mix of paddling, picnicking, wildlife and local history.

If you’re coming from more than 90 minutes away, the kayak trail doesn’t warrant the trip alone, but a day that includes exploring the exceptional beach does. Note: Check the tides and go at high tide. 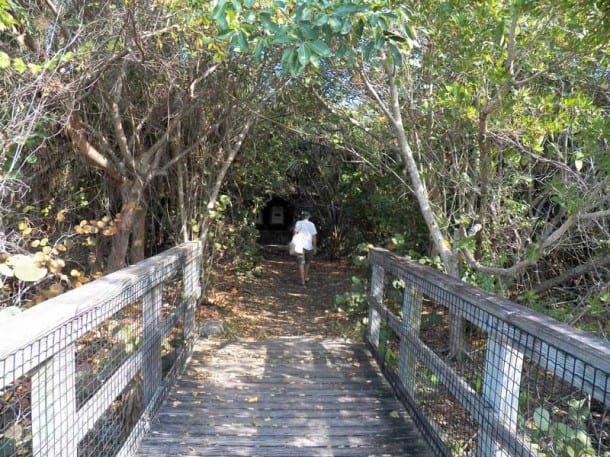 Put in your kayak inside the park at a small opening in the mangroves visible from the parking lot and marked by a sign.  (You may be able to find other free put-in spots along A1A, but there are none that are obvious.)

There’s a beach with easy landing and a boardwalk onto the island interior on the west side, just south of the large metal dock for powerboats.

From the park’s launch site, it will take 45 minutes to an hour to reach Munyon Island, depending on wind, tide and your energy level.

NOTE: The area around Munyon Island becomes a mud flat at low tide, so be sure to plan your outing around high tide. Your best bet is to launch your kayak about two hours before high tide.

More things to do near John D. MacArthur State Park