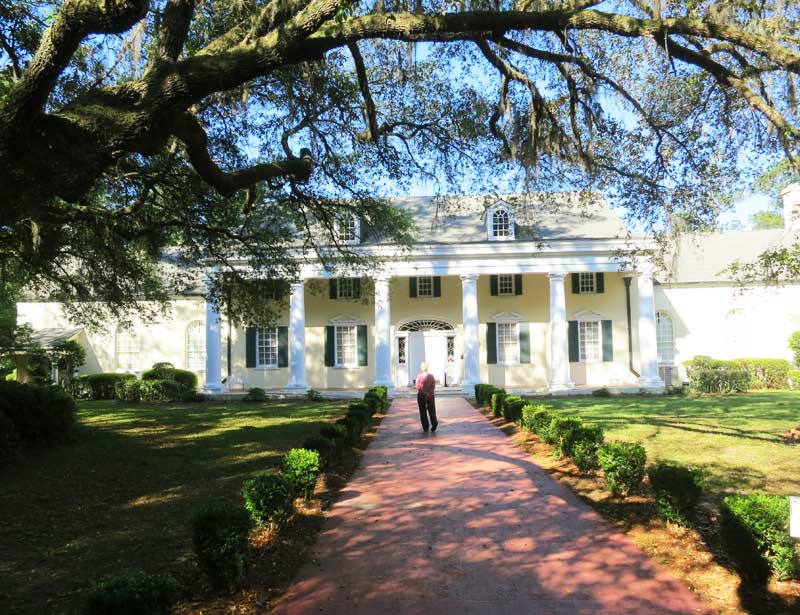 I do not think it is a coincidence that the Stephen Foster Museum at Stephen Foster Folk Culture Center State Park looks like a classic Southern plantation. (Photo: David Blasco)

We visited Stephen Foster Folk Culture Center State Park so that we could kayak the Suwannee River and stay in the outstanding cabins in this park.

Once in the park, however, we discovered a strange time-machine that took us back to the 1950s – the museum devoted to the composer Stephen Foster, who in 1851 wrote “Old Folks at Home (aka Swanee River)” without ever visiting Florida. It became Florida’s state song in 1935. 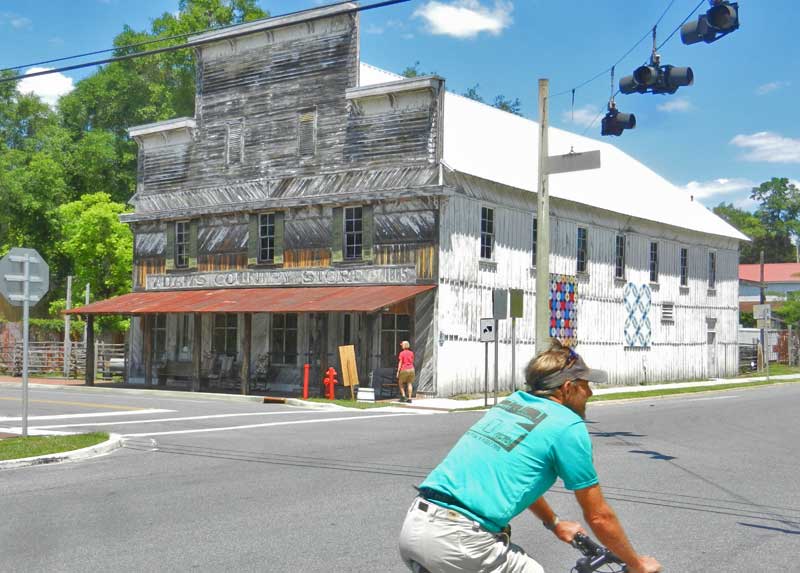 Stephen Foster State Park is located in White Springs, a historic town on the Suwannee River whose heyday was more than a century ago. Today, we found White Springs beyond “sleepy.” It’s not a ghost town (some 800 folks live there) but there’s no working hotel, no grocery store and the only restaurant was closed the night we were there. What it does have is local character and historic buildings. 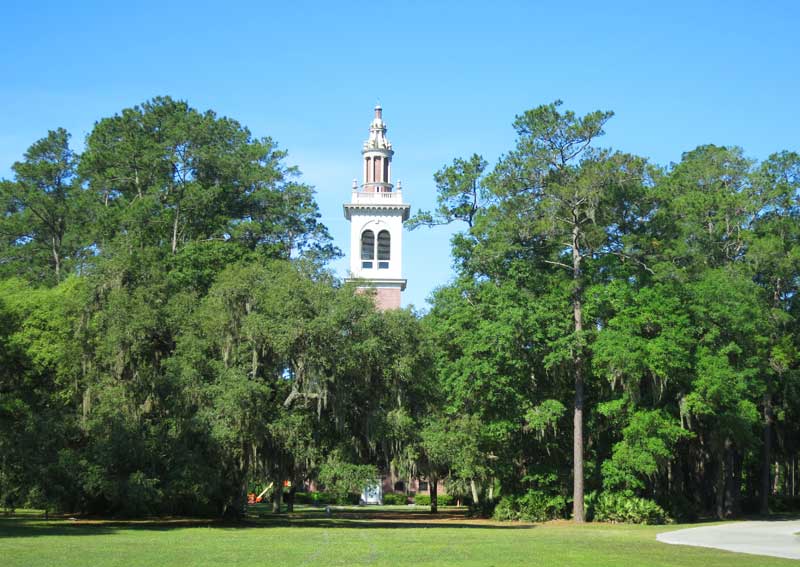 Back in the 1950s, when love for Stephen Foster apparently peaked, it must have been a coup for White Springs to have a museum built here to honor the prolific composer.

The big building looks like a Southern plantation, with Tara-like columns framed by live oaks. Not far away is an impressive Carillon Tower that plays concerts daily at 10, 12, 2 and 4 p.m. 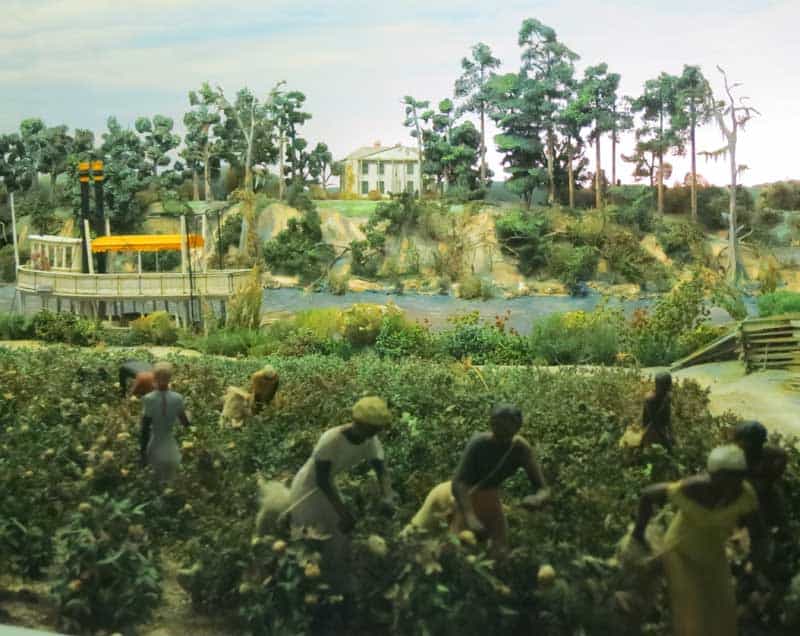 This diorama at the Stephen Foster Museum in Stephen Foster State Park shows slaves in cotton fields with the plantation house and paddlewheel boat in the background. It illustrates the song “Swanee River.” (Photo: David Blasco)

There is no questioning Foster’s genius. (Wait til you see the list of classic songs he wrote, listed below.) But today his sentimentality about the Old South and some of his lyrics make us wince. 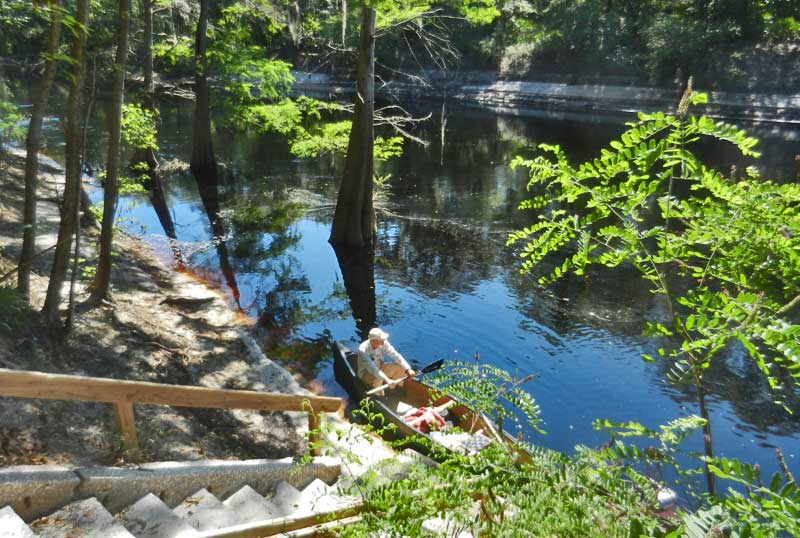 When we explored the Stephen Foster museum, we felt like we had stepped back into the 1950s. The centerpiece of the museum is 10 original dioramas depicting scenes from Foster songs. In the “Swanee”  diorama, the slaves work in cotton fields while a paddlewheel boat steams by. In another, a rooster eats watermelon while a black man dozes near a slave cabin.

The museum is so dated that it functions on two levels – you do learn a lot about the amazing composer Stephen Foster, but perhaps more striking, the place could be a museum exhibit about mid-century attitudes and stereotypes about race and the South. (Either way, this is the sort of funky Florida place I live to visit.)

The museum, though, is not why most people come to Stephen Foster Folk Culture Center State Park and we loved the park for lots of other reasons.

Things to do at Stephen Foster State Park: Kayaking and great hiking

Long before Florida rivers were filled with flotillas of kayaks and paddleboards, folks were canoeing the Suwannee River.

It’s a long, scenic, sometimes wild river with tea-colored water, sand bars and banks that can be bluff-like and rocky. It has a gentle current (except at Big Shoals, just upstream from Stephen Foster State Park, where there is actual whitewater.)  There are many outfitters who rent canoes and kayaks and provide shuttle service along its long route.

We paddled eight miles of the river and found it to be all the things we  love in a river – peaceful, beautiful, full of wildlife and bird songs.

Here’s our report on kayaking the Suwannee River.

The park also has miles of hiking and mountain biking paths. The Florida Trail passes through here, adjacent to the Suwannee River. We hiked it for a while and would love to have had time to do more. 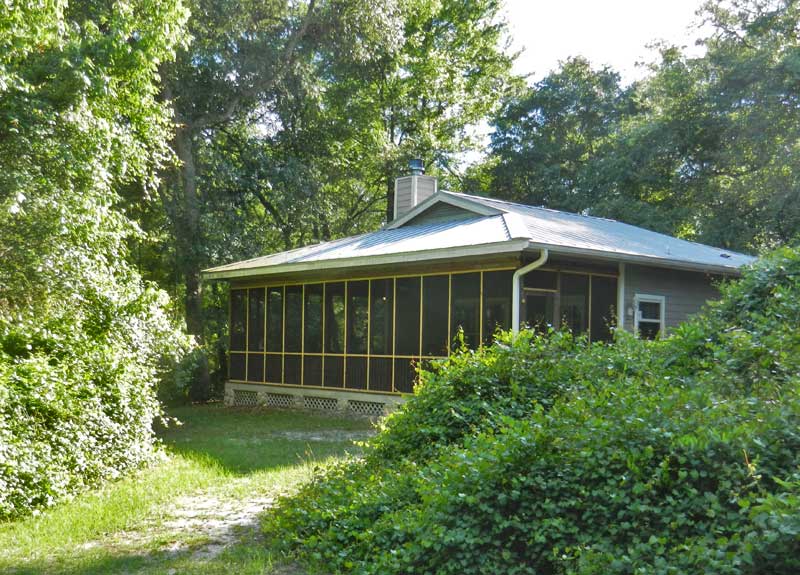 Some people like to camp, I like to cabin. And there are few better places in Florida to cabin than at Stephen Foster State Park.

The spacious two-bedroom cabin (really, it’s a house) has a huge porch that wraps around two sides of the building. Surrounded by thick woods, the cabins are about 100 steps to the river. The kitchen was spacious and well-equipped and the cottage was nicely furnished. 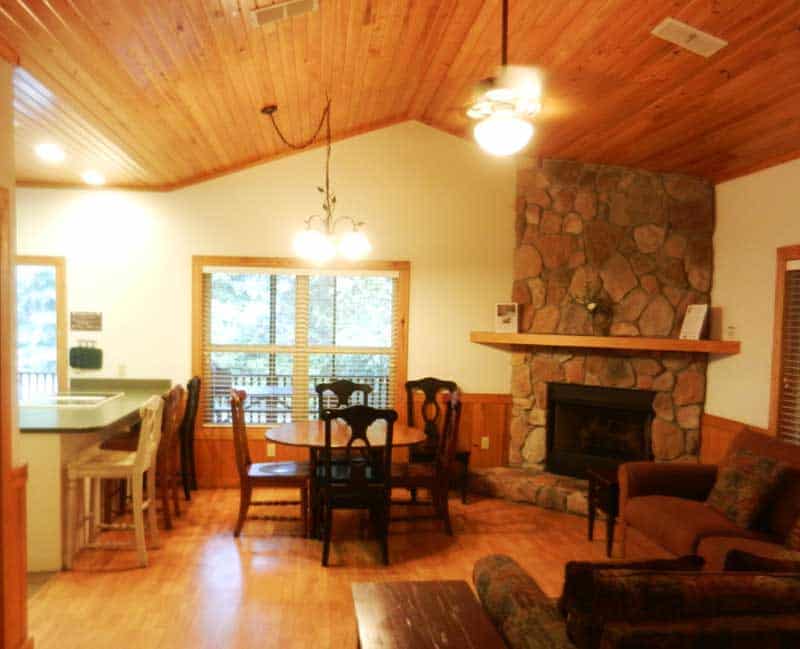 On a chilly morning, we were thrilled to flip a switch and have a fire in the gas fireplace to create a cozy atmosphere. The cabins sleep five in three beds.

Outside, there’s a picnic table, a fire ring and a barbecue grill.

The park has five cabins; they’re a bargain at $100 a night. It would make a nice stop on a road trip to the mountains in Georgia and North Carolina.

This would be a great place to gather any season – it’s heated and air conditioned – and we hated to leave.

Stephen Foster State Park has 45 sites, including pull-through and back-in sites. Campers consider it one of the hidden gems in the Florida state park system. The sites are large and shaded by large trees hanging with moss. Each has electric, water, a grill and picnic tables.It is very convenient for snowbirds, as it is right off I-10 and I-75.

To reserve either cabins or campsites, visit ReserveAmerica.

The big event in the park is the annual Florida Folk Festival every Memorial Day weekend. Park facilities for the event are excellent. There are many stages with a great variety of entertainment as well as arts and crafts and demonstrations. Here’s a Florida Rambler story about the Florida Folk Festival.

The park also holds monthly events. The most popular is the December Festival of Lights, in which 5 million lights are strung in the park’s Craft Square area.

Stephen Foster wrote more than 200 songs. Voice recording hadn’t been invented; there was no “music business.” He made pennies on the sale of a piece sheet music, but his songs seemed so classic, people assumed they were folk songs and he was not famous. He did not live in the South; he spent most of his life in Pittsburgh and New York. He died at 37 with 38 cents in his pocket.

Can’t remember the tune? Google has assembled links that let you listen to several of these.

Other state parks on the Suwannee River with camping and/or cabins:

All reservations are through ReserveAmerica. 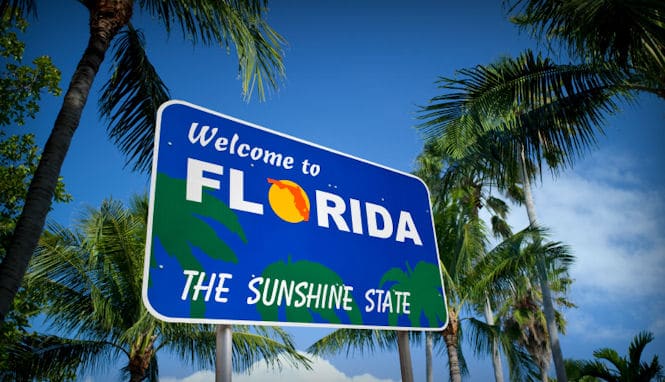 Previous
Coming to Florida in your RV? Take a break after crossing the state line 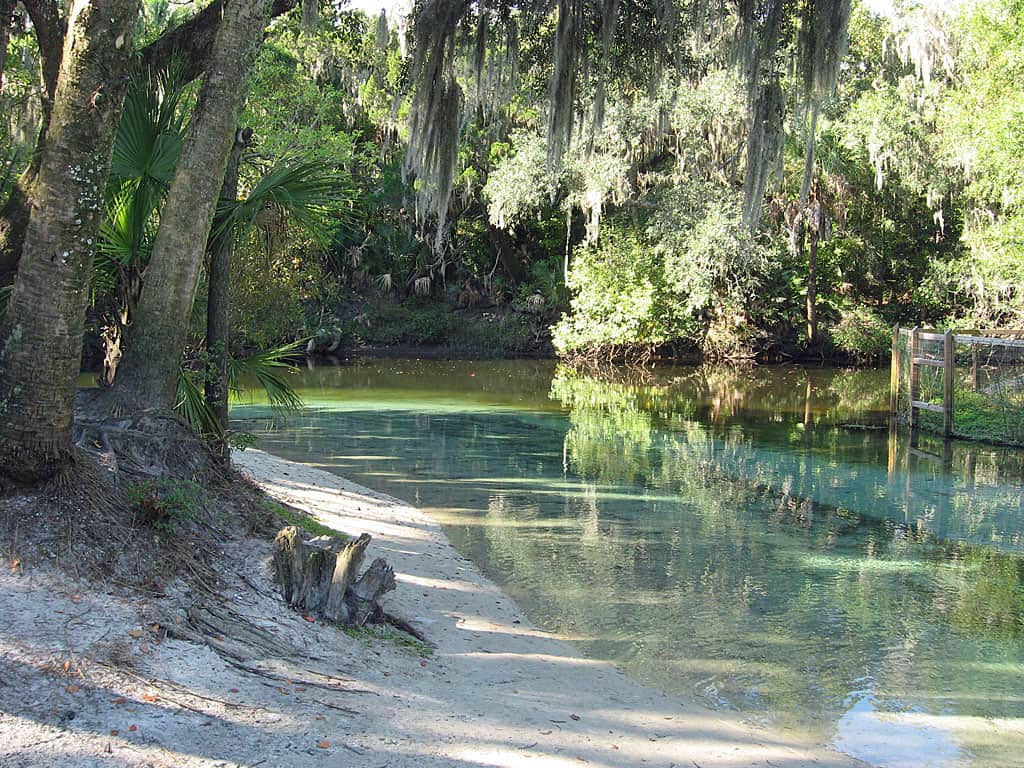 Next
Lithia Springs: Camp at this cool, secluded park near Tampa

AWESOME PLACE, I worked there at one time. WHEN I LIVED IN LAKE CITY, FLORIDA. ❤️