From my home in Fort Lauderdale, I forget that I live in a state that was part of the Confederacy.  And then I visit a place like Olustee Battlefield State Historic Park, and Florida’s rich and fascinating history is revealed.

At Olustee, a state park near Lake City, that history comes alive each year when the largest Florida Civil War reenactment is staged, the Battle of Olustee, with gun smoke, booming cannons and cavalry.

The event is the largest Florida Civil War reenactment  and one of the largest in the Southeast.

The original pitted 10,000 cavalry, infantry and artillery troops against each other in a five-hour battle in a pine forest near Olustee, 13 miles east of Lake City and 50 miles west of Jacksonville.

The annual battle is expected to attract as many as 2,000 reenactors from around the country and 25,000 viewers, according to Jeff Grzelak, a reenactor from Orlando who had been at every Battle of Olustee, he says, “except the one in 1864,” when we spoke with him a years ago.

Olustee isn’t a particularly famous battle; only Civil War buffs probably have heard of it.

But in addition to being the largest Civil War battle in Florida, Olustee has another interesting distinction:  three U.S. Colored Regiments (as they were then called) took part in the battle, including the now famous all-black volunteer unit, the 54th Massachusetts, the regiment immortalized in the 1989 movie, Glory. In fact, some of the movie scenes were filmed at the Olustee reenactment. (Reenactor Grzelak was in scenes from Glory as well as 30 other Civil War movies.)

The actual Battle of Olustee was bloody: One in four men was a casualty, with 2,807 killed, wounded or captured. It was a Confederate victory; Union forces retreated to Jacksonville.

It has grown over the years, and some people, like Grzelak, come back every year.

All Civil War reenactments attract more Rebel soldiers than Union ones, Grzelak said. “Everybody wants to be the underdog,” he explained.  “There are more British in Revolutionary war reenactments and more Nazis in WWII reenactments.”

Grzelak, who grew up in Miami and now lives in Orlando, is a Union reenactor; 30 years ago he formed his own unit, the Union’s 17th Connecticut. The real unit spent the end of the war guarding the St. Johns River in Florida.

African-American reenactors are less common, but because of the three “colored” units in Olustee, Grzelak said black reenactors from around the country participate.

The battle reenactment, which includes a skirmish on Saturday and a scripted battle on Sunday, is dramatic and spectacular, according to Park Service Specialist Andrea Thomas. “There are cavalry runs with horses, pyrotechnics, big guns – it looks like a real battle.”

Her favorite activities, however, are the living history demonstrations on topics such as Civil War battlefield medical care and blacksmithing.

Reenactors come from all over the country and visitors include people fascinated by the Civil War and those whose ancestors fought at the battle of Olustee, Thomas said. Visitors have come from as far away as New Zealand.

Except for reenactment weekend, the Olustee Battlefield Historic State Park is a peaceful rural site through which the Florida National Scenic Trail passes.  You can stroll the quiet, pine-shaded battlefield trail, picnic and learn about the battle at the visitor center.

There are several monuments at Olustee Battlefield State Historic Park: The largest Confederate one was erected in 1912 before a crowd of 4,000 including many Confederate veterans. It’s an imposing tower that looks like part of a castle.

A memorial to the Union soldiers was erected at the site of a mass burial of federal soldiers in 1866. The original Union monument was made of wood that deteriorated, so a replica was recreated at the adjacent cemetery outside the park gates, thought to be its original location.

But Civil War monuments can still stir controversy around here. (As William Faulkner famously wrote: “The past is never dead. It’s not even past.”)

So, a few years ago, when the Sons of Union Veterans of the Civil War asked to place a more prominent Union memorial within the park boundaries, people objected, partly because the United Daughters of the Confederacy originally donated the park land to Florida.  A public hearing on the proposal was held in Lake City in 2013; it drew 100 people and things got raucous, including a chorus of “Dixie.” A decision on the monument has been in the hands of the Florida State Park system for several years.

Meanwhile, folks in Lake City whose ancestors fought on both sides of the Civil War work together in a group called the Blue-Grey Army, whose purpose is to promote knowledge about Olustee’s history.

They are very careful not to re-fight the Civil War:

“Yes, we may play “Dixie” from time to time, that is because we are in the south and it represents the local heritage,” the Blue-Grey Army’s policy statement says. “Neither the Blue-Grey Army, nor the reenactment, suggest ‘The South will rise again,’ but just a history lesson that the battle was fought by men on both sides who stood for important causes to them, many having made the ultimate sacrifice. Yes, the Confederates may have won the Battle of Olustee, but America won the war.”

This is the 2022 tentative schedule. The living history weekend features a Civil War-era battle reenactment on Saturday at 3:30 p.m., as well as the reenactment of the Battle of Olustee on Sunday at 1:30 p.m.  Period music concerts and crafts, lectures, battlefield surgical practices and the lives of both white and black civilians during the war are portrayed by reenactors. Military camps and drills by infantry and artillery are scheduled throughout the weekend.

Programs are offered throughout the weekend, including the program Saturday at 11 a.m. on the participation in the Civil War of people of color. Living historians will portray such people as Harriet Tubman and Frederick Douglass.

Traditionally, on Friday, educational programs are planned for student, including a series of 10-minute living-history presentations. School groups may call (386) 397-7009 to register for the event.

Admission: Adults $12; school-age children $6; pre-school children free. (In Lake City, some merchants will have flyers with a $3 off coupon.)

Parking: No public parking is available at the state park during the Civil War reenactment weekend. Free bus shuttle service is provided from the Dowling Center, 1.5 miles EAST of the Battlefield on U.S. 90,directly across from the Baker County Correctional Institutional. No shuttle buses will operate west of the battlefield.

Places to stay near Olustee

Places to camp near Olustee

There is no camping available at Olustee Battlefield State Historic Park:. Here are two nearby campgrounds: 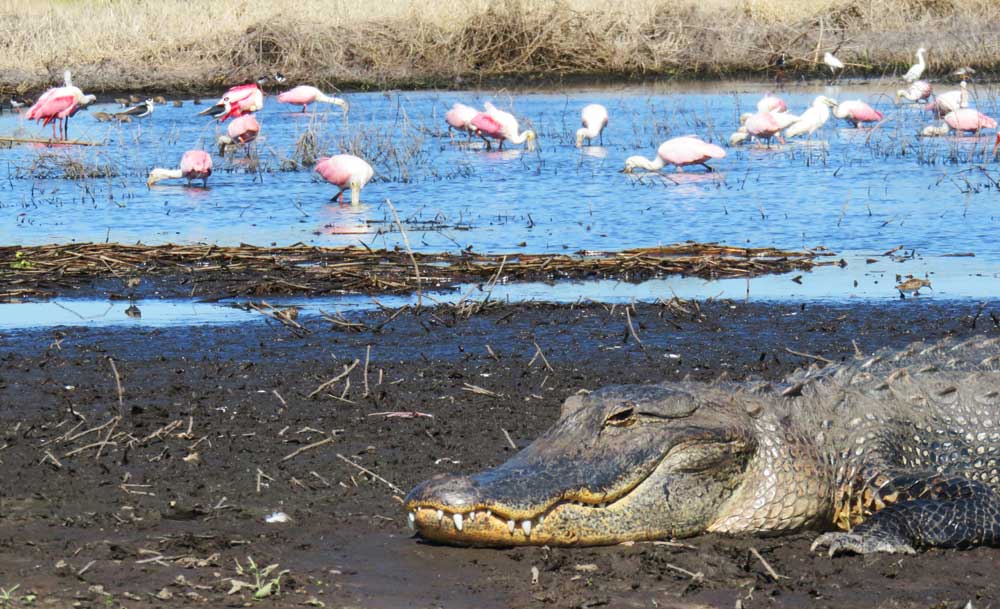 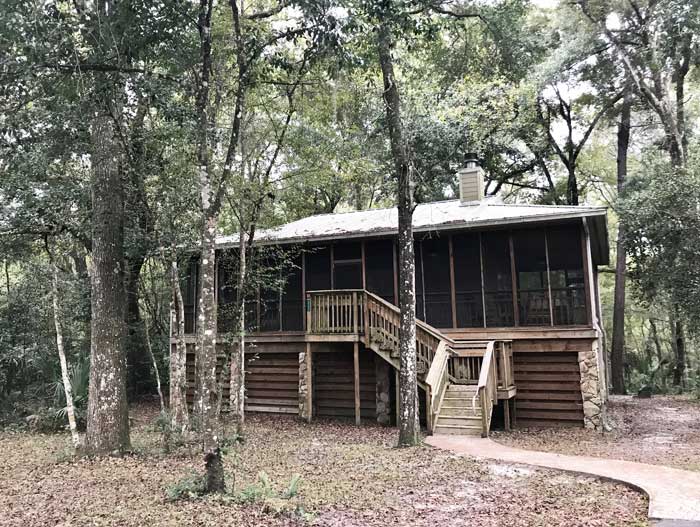 Next
Florida cabin rentals in state parks: Like camping, but with comfort
Click here to cancel reply.

Time to remove all confederate memorials from all Federal and state lands thru out the country. It’s over & time for south to suck it up.

Hello very one. I live now with my family down in Wesley Chapel, FL. My family land is still in Williston, FL. I've been always interested in being a living historian. Love the Civil War Era. Who dosen't. I've been getting my gear together over the past year and was hoping to do my first reenactment event this year then hoping by next year to have a camp site assembled so that my wife and children will be able to experience the solders life and also the evening camp life activities. If there are any group that would be willing to have me dress and reenact with them for this event. Please reach out to me.

Hi, I would like to know who to contact to join a reenactment regiment. I have some equipment, as I did reenact some time ago in the Brooksville raid. Thanks

If you have not gotten into a unit I would be interested in talking with you. We reenact as Washington Artillery and use a full scale 6pdr.

Duane, just saw your comment and question. If you have not found a unit as of yet please contact me at jpbama1@gmail.com and I will try to assist you. I do Brooksville and several others in Florida, and travel for others

Where do you guys get your Black Powder and flints for reactments?

The weapons used during the Civil War used percussion caps. Flint locks were outdated by then. Black powder is bought thru a variety of different sources.

Very informative coverage of a fantastic event! I just subscribed to your on-line newsletter to make sure I don't miss any future newsletters Bonnie.