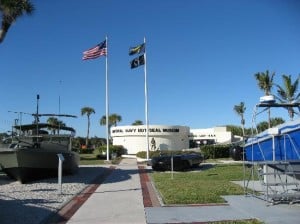 FORT PIERCE — The Navy SEALs are the backbone of U.S. Special Forces, whether at sea, on land or in the air.

They have a long and distinguished track record of courageous, secret expeditions that have defined special ops since the team’s inception during World War II.

And Floridians have a unique opportunity to explore that history at the National Navy UDT-SEAL Museum in Fort Pierce, the birthplace of Navy frogmen, first known as “Scouts” and “Raiders.”

From 1943 through 1946, thousands of volunteers were trained in Fort Pierce as members of the Naval Combat Demolition Units and Underwater Demolition Teams. 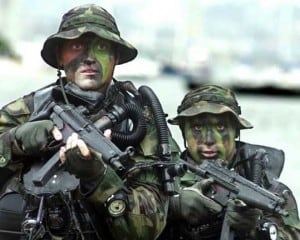 The early history of the SEALs defines them as a reconnaissance force, working with other branches of the Armed Forces, to seize and establish beachheads for invasions. The earliest teams were commissioned in 1942 and more teams were added as World War II progressed in Europe, Africa and the Pacific.

Their mission was soon expanded to clear sea channels, erect markers for incoming assault crafts, then go ashore and clear beach obstacles for incoming forces. They have a long history of search and rescue and underwater expeditions that have shaped unconventional warfare throughout the world, but especially within the U.S. Armed Forces.

These Underwater Demolition Teams (UDT) were not actually known as SEALs until 1962, when President John F. Kennedy recognized their value and commissioned them as Sea Air Land Teams, again expanding their mission beyond their traditional role.

During the Vietnam War, the SEALs were one of this country’s most effective combat forces, gaining an almost mythical reputation among the Viet Cong as the “Devils with Green Faces.”

The UDT and SEALS’ rich history is detailed in the artifacts and stories told at the Fort Pierce museum, from their vital role in D-Day to their heroic feats in Afghanistan and Pakistan, where it was SEALs, on a super-secret mission, that took down bin Laden.

The museum, located in a lovely oceanfront setting on State Road A1A in Fort Pierce, proudly states it is “the only museum in the world dedicated exclusively to the elite warriors of Naval Special Warfare.” 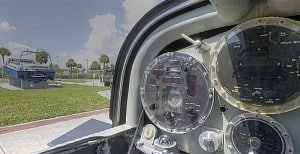 The museum is devoted to UDT and SEAL teams but covers a wide range of special operations units with displays of weapons, uniforms, unique underwater and land vehicles used by U.S. special forces throughout their existence with a wealth of interpretive and historical information.

It’s a small museum, but packed with stuff a military history buff will find fascinating.

What I liked best was actually outside — the grounds contain a variety of transport vehicles of all vintages from helicopters to landing craft. For example, they have a lifeboat used by the SEALs to rescue an oil-tanker captain from Somali pirates in 2009.

And what a great place to bring your kids and teach them about how the U.S. military is protecting them with the fight on terrorism, as well as about the history of the heroes who have gone to war to defend their freedom.

As one TripAdvisor visitor commented, the grounds are a good place for “younger kids to burn off some energy.”
— Florida Ramblers Bob Rountree, David Blasco and Bonnie Gross contributed to this report

Articles on the SEALs’ role in the killing of Osama Bin Laden:

Seal Team 6: The “All Stars” who got bin Laden – New York Times

Reviews of the museum on TripAdvisor

Archie’s: No shirt, no shoes, no problem

[mappress mapid=”98″ alignment=”left” initialopeninfo=”false”] Take the North A1A Causeway from Fort Pierce, across the Indian River, and go about 1.3 miles past Fort Pierce Inlet State Park. The museum is on your right (beachside).